The Turcon® Roto L seal is the first ever active seal and is engineered to extend seal life on axle systems. Uniquely, it only seals when sealing is required. This reduces friction to lower fuel consumption and there by conserves energy.

The seal’s patented design combines a Turcon® M12 polytetrafluoroethylene (PTFE) sealing lip with a rubber jacket and a stable shape forming metal part. During downtime, the sealing lip is held lightly against the sealing surface for zero friction performance. Seal wear only occurs when pressure is activated, resulting in a seal lifetime four times longer than, until pressure is activated.

When combined with the zero friction encountered when the seal is not activated, the result is a significant extension of seal life (up to four times longer).

The Turcon®Roto L seal is engineered to extend the lifetime of Central Tire Inflation Systems by lowering friction, also saving energy and fuel. This is achieved by only sealing when it is required during tire pressure adjustment.

When pressurized, Turcon® Roto L has less than half the friction of standard axle sealing solutions and allows vehicle operators to deflate and inflate tires on the move. It can take between 20 and 30 minutes to adjust the pressure on a large commercial tire, so allowing this process to be performed on the move permits up to an extra 30 minutes of working time. 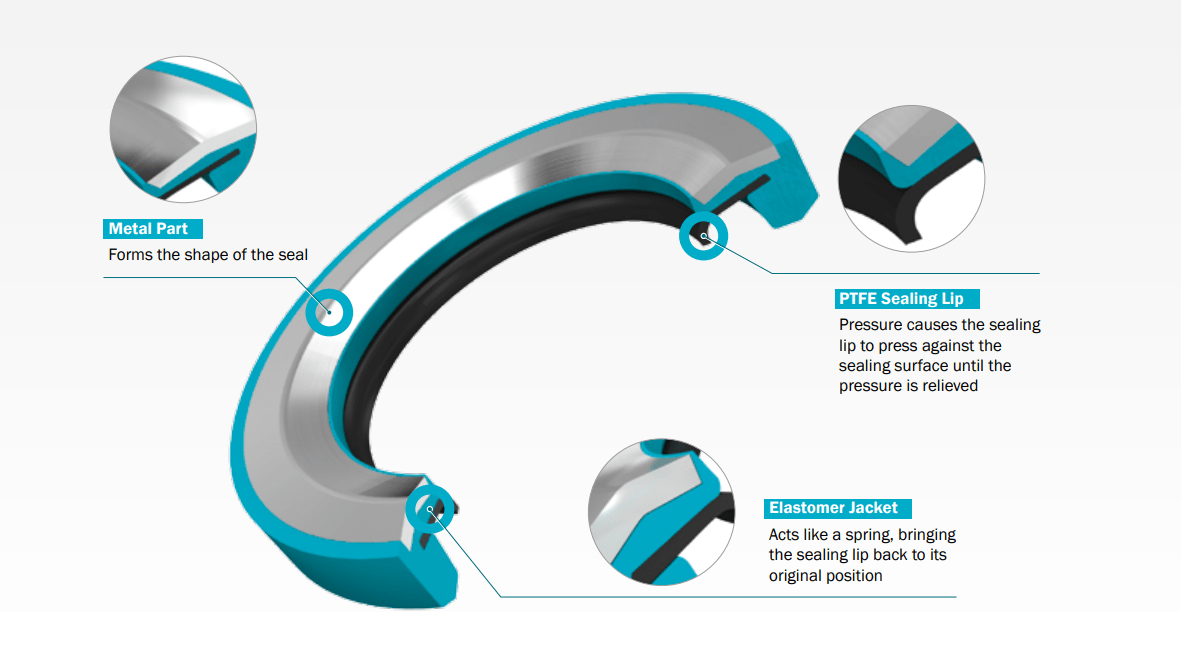