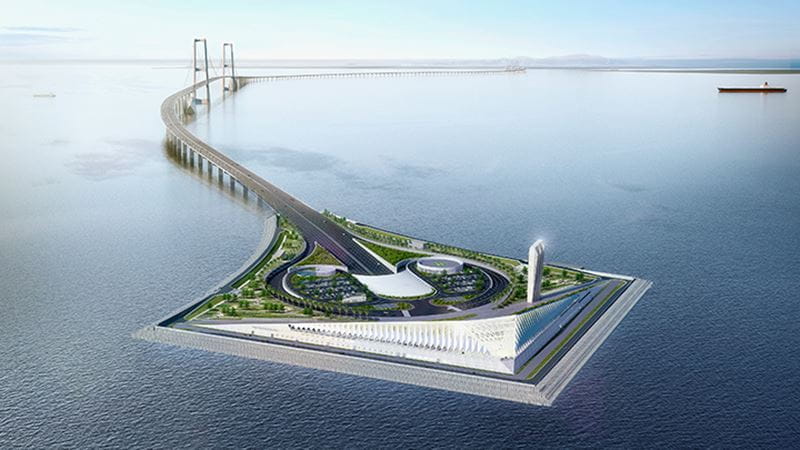 Providing transport for an ever-growing population, today’s infrastructure is becoming larger and longer. That brings its own challenges. To meet these, Trelleborg’s sealing systems, with their life expectancy of 120 years, protect infrastructure against water ingress, ground movements and water pressure.

The demand for watertight infrastructure has never been greater, as cities grow and climate change brings more severe storms, extreme ground movements and rising sea levels.  According to the World Meteorological Organization the number of weather-related disasters increased five-fold in the 50 years to 2021, and in data captured by the Institute for Economics and Peace, flooding represented 42 per cent of all disasters from 1990 to 2019.

Urbanization is also playing a role in the changing situation, with expanding cities needing protection from sea and river water.

“Today, this is happening all over the world from USA, Bangladesh to Australia. The awareness of the need to protect urban areas against flooding is growing and we see more initiatives to turn the awareness into action,” says Rene Fredriks, Managing Director for infrastructure solutions at Trelleborg.

Increased travel is another of today’s trends and the desire to connect more cities has in turn fueled the demand for watertight immersed tunnels as a viable alternative to bridges.

“A bridge requires more space to build, whereas immersed tunnels, which go under waterways, have a smaller footprint and due to that are quite economical,” says Fredriks. Immersed tunnels also have a lower carbon footprint as they offer more direct routes to destinations and rail options, as opposed to sea freight.

There are now many immersed tunnel projects all over the world in response to economic growth and as a way for countries to reduce traffic congestion. In China alone, there are plans underway for the construction of ten immersed tunnels. Trelleborg, with decades of experience in such tunnel projects, has become the leader in watertight infrastructure sealing solutions to protect submerged structures.

The company’s work on immersed tunnel infrastructure dates back to 1959, when Vredestein, later acquired by Trelleborg, was a supplier to the George Massey tunnel construction in Vancouver, Canada. Since then, Trelleborg has supplied components, services, and knowledge to almost 60 immersed tunnel projects, with the latest and longest being the new 18-kilometer Fehmarnbelt tunnel.

Each project has its own unique challenges, depending on the amount of sediment, the seabed conditions, seismic considerations, water temperature and sea depth. There are also unique factors affecting immersed tunnels, such as the possible impact of a sinking ship.

For each immersed tunnel infrastructure project, Trelleborg customizes three critical components — the Gina gasket, the Omega seal and the Waterstop. Designed and tailor-made to ensure the best-fit watertight solution for each immersed tunnel project and its intended application, the Gina gasket and Omega seal prevent water leaking into the
tunnel through external pressure, and Waterstops accommodate water pressure and any movement that occurs due to settling of the structure.

All three of these Trelleborg solutions are made of high-quality engineered rubber, which must maintain its elasticity, while still being robust enough to endure demanding saltwater conditions.

Trelleborg’s sealing systems have a life expectancy, requiring little or no maintenance, of up to 120 years. This is critical for immersed tunnels as access to the structures can be difficult.

“We have conducted aging tests with an independent institute that confirmed our compound for engineered rubber. This is natural and very flexible, and can last 120 years underwater,” says Fredriks, adding that rubber generally lasts longer underwater as it isn’t exposed to ozone; the most responsible cause for deterioration. 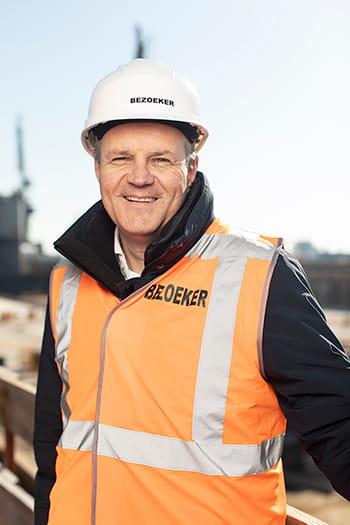 “Our customers rely on more than just our products, they also depend on our specialist knowledge, design and engineering expertise, manufacturing capabilities, combined with best-practice design, quality materials and proven track record.

Included on Trelleborg’s long reference list is the Öresund Bridge and immersed tunnel, which connects Sweden and Denmark. The crossing under the Öresund Strait has eased access and improved commercial opportunities for the two Scandinavian neighbors since it opened in 2000. The tunnel includes 20 pre-cast concrete elements, eachweighing 55,000 tons. Trelleborg supplied a specially designed Gina gasket to seal tunnel sections and vulcanized the waterstops on-site due to the logistical challenges of this huge project.

Trelleborg also played an important role in the Hong Kong-Zuhai-Macau Bridge and immersed tunnel project, which opened in China in 2019. The mega-link project improves the flow of traffic between Hong Kong, Macau and Zuhai and was especially complex because it combined a bridge, tunnel, and artificial island. At almost six kilometers in length, it is currently the longest deep-water immersed tunnel. The challenges there included water depths of over 40 meters, a heavily trafficked area and potential seismic activity, meaning the seals have to be resilient to earthquakes and other ground movements. Trelleborg’s role was to ensure that the 33 tunnel sections remain safe deep in the sea.

Trelleborg is also a supplier of tunnel sealing systems to the world’s widest immersed tunnel, the ShenZhong Link in China.

At a width of up to 46 meters, it will include eight lanes of traffic and have capacity for 90,000 cars per day. The tunnel to consist of 31 sections, with a typical section being 185
meters long and the broadest up to 70 meters wide. Trelleborg’s Gina gaskets and Omega seals will be between the sectional elements, preventing water leaking in due to external water pressure and to withstand movements caused by soil settlement, creep of concrete (when it deforms under constant load), temperature effects and earthquakes. The ShenZhong Link is due for completion in 2024.

“At Trelleborg we offer a costeffective solution with an extended service package and warranty. This is backed by a strong reputation and over 100 years of experience and expertise in engineered solutions to seal, damp, and protect infrastructure and offshore assets,” says Fredriks.


GINA GASKET
The Gina gasket is used between the sectional elements of immersed tunnels to prevent water ingress due to external water pressure and to absorb the effects of movements.
OMEGA SEAL
In immersed tunnels, Omega seals function as a secondary water barrier to back up the Gina seal.
WATERSTOP
Waterstops seal joints between segments in a tunnel element.