The responsibility for management and control of the Trelleborg Group is distributed between the shareholders, the Board of Directors, its elected committees and the President, as illustrated below.

The Parent Company, Trelleborg AB (publ), is a limited liability company with its registered office in Trelleborg, Sweden. The Parent Company is listed on Nasdaq Stockholm. The Board of Directors resolved to adopt these consolidated financial statements for publication on February 17, 2022.

The Trelleborg Group’s financial statements have been prepared in accordance with the Swedish Annual Accounts Act, RFR 1 Supplementary Accounting Rules for Corporate Groups, and the International Financial Reporting Standards (IFRS) and IFRIC interpretations, as approved by the EU.

The Group’s financial statements have been prepared in accordance with the cost method, with the exception of certain financial instruments that were measured at fair value.

2. The registered office of the Company shall be situated in Trelleborg.

3. The objective of the Company’s operations - directly or indirectly – is to conduct manufacturing and sales, as well as service and contracting operations within, primarily, the rubber and plastics industries, as well as other operations connected with or complementary to the said fields, and to engage in finance and liquidity management as well as management of real and movable estate.

Series A and series B shares carry equal rights to participation in the Company's assets and profits.

The aforementioned shall not restrict the possibility to decide on a cash or offset issue for which the shareholders' preferential rights are waived.
In the case of an increase in the share capital by a bonus issue, new series A and series B shares shall be issued in proportion to the previous number of shares of these share types. Thus, old shares of a certain share type shall carry entitlement to new shares of the same type. The aforementioned shall not restrict the possibility of issuing shares of a new series through a bonus issue following the necessary amendment to the Articles of Association.

8. A registered auditing firm shall be appointed as auditors.

To participate in a shareholders’ meeting, shareholders shall notify the Company not later than the date specified in the notice convening the meeting. This may not be a Sunday, public holiday, Saturday, Midsummer Eve, Christmas Eve or New Year’s Eve, nor may it fall less than five working days prior to the meeting.

10. Shareholders' meetings shall be held in Trelleborg.

11. The following matters shall be considered at the Annual General Meeting:

12. At a shareholders’ meeting, each registered voter is entitled to vote for the full number of shares owned and represented by him/her.

13. Those who are not shareholders shall have the right to attend or otherwise follow the proceedings of the shareholders’ meeting according to conditions determined by the Board.

15. The calendar year shall be the Company's fiscal year.

16. Shareholders or trustees who, on the record date, are entered in the shareholders’ register and noted in a control register in accordance with Chapter 4 of the Swedish Central Securities Depositories and Financial Instruments Accounts Act (1998:1479) or those listed in a control account, in accordance with Chapter 4, Section 18, paragraph 1, lines 6 – 8 of the aforementioned Act shall be deemed to be authorized to exercise the rights detailed in Chapter 4, Section 39 of the Swedish Companies Act (2005:551).

The Annual General Meeting of Trelleborg AB (publ) will be held on April 27, 2022
Read More 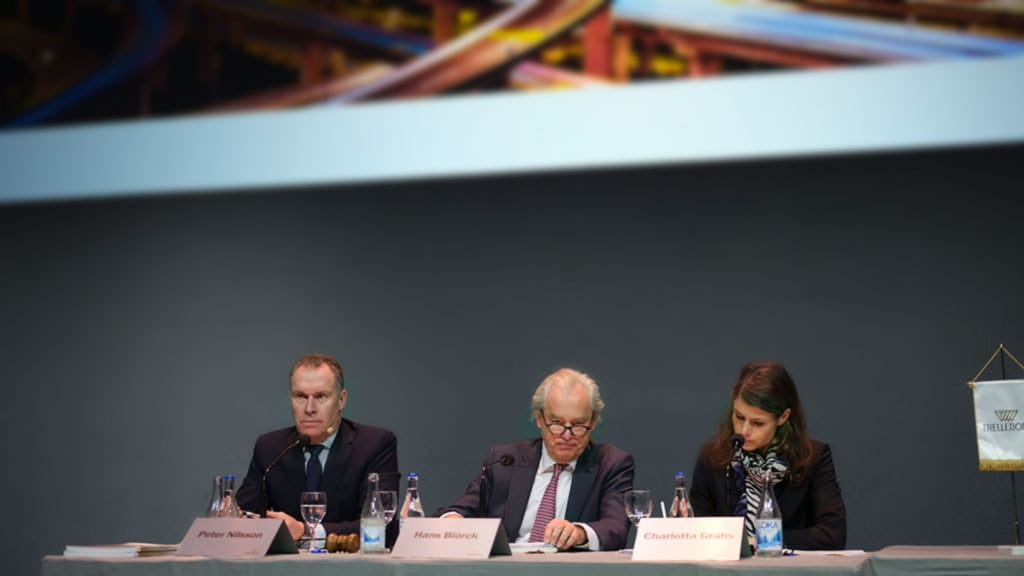 The latest remuneration figures and the principles and programs that determine executive earnings.
Read More 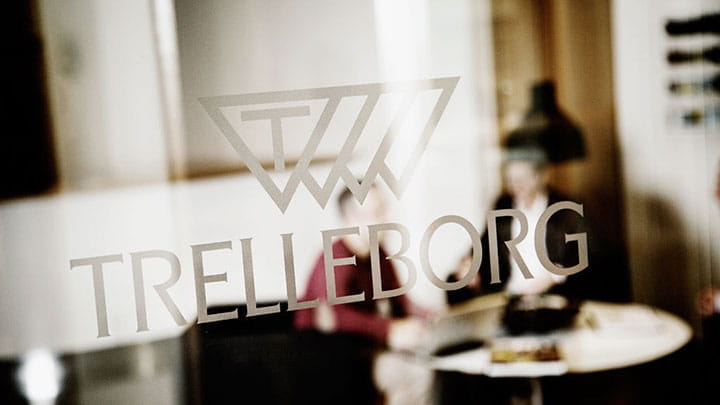 Trelleborg has defined internal control as a process that is influenced by the Board of Directors, the Audit Committee, the President, Group Management and other employee.
Read More

All business activities involve risk. Risks that are effectivly managed may lead to opportunities and value creation, while risks that are not managed correctly could result in damage and losses.
Read More
UK Compliance

The directors of UK companies must act in good faith, in accordance with the general duties to promote the success of the company for the benefit of its members as a whole, set out in section 172 of the Companies Act 2006. These Section 172(1) reports for qualifying UK subsidiaries within the Trelleborg Group can be downloaded here.
Download