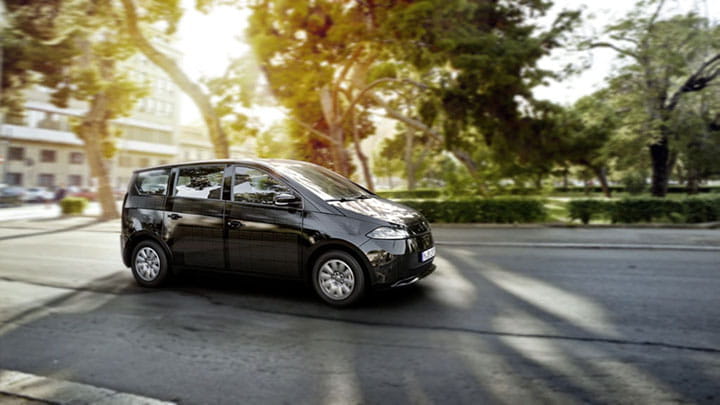 Many motorists want to drive a vehicle that is environmentally-friendly but they also want to succeed in reaching their destination. Overcoming “range anxiety” is the key to the mass adoption of electric cars.

Though the first electric car was invented in 1828, mass adoption of the vehicles depends on the development of viable technology that allows travel from one charge that is equivalent to a tank of gasoline.

“Overcoming ‘range anxiety’ is critical to significant growth in electric vehicles. With gasoline or diesel vehicles, people know they will get where they want to get to. The infrastructure is there and filling up the tank is never an issue. When people drive an electric vehicle they worry about whether they will have enough charge to arrive at their chosen destination, and a lack of charging points and the time taken to charge a battery make them nervous,” says Jan Zumbach, Head of Business Development for eMobility at Trelleborg Sealing Solutions.

A major technology in electric vehicles is the e-axle, a combined electric motor and gearbox that fits within the traditional engine space. The motor and gearbox are directly coupled but while the gearbox requires efficient lubrication, it is essential that the motor remains dry so a highly reliable seal is required between these two components.

The difficulty is that electric motors run most efficiently at high speeds. The seal requirements are very different from those for a transmission input on a combustion engine vehicle. Gasoline engines normally run at 2,000 to 4,000 revolutions per minute (RPM) but the electrically driven transmission typically runs at 16,000 RPM – and in the future this figure is likely to increase significantly. One of the few limiting factors in this system is the lifetime of the shaft seals.

At the moment, since electric cars are only small and tend to run for short distances in urban areas, it is adequate for the electric drive units to operate at relatively low speeds. If electric cars are going to challenge vehicles powered by combustion engines, they need to travel four or five hundred kilometers on one charge — the equivalent to a gasoline vehicle — rather than the average 280 kilometers achieved now.

“The difficulty is that the rotational surface speed limit for traditional seals in the e-axle of today’s electric cars is around 30 meters per second,” continues Zumbach.

“The theoretical optimum rotational speed of the e-axle would be greater than 60 meters per second to maximize efficiency, a speed that is currently impossible to achieve.”

To help solve this issue, Trelleborg practiced agile product development to speed the development of an effective sealing solution for the demanding conditions of the e-axle that would run at 40 meters per second.

“The resulting solutions are HiSpinTM PDR RT and HiSpinTM HS40,” says Zumbach. “Testing was extremely positive, with both solutions running at or exceeding 40 meters per second. There was zero leakage despite the very demanding conditions and HiSpinTM PDR RT recorded a 75% reduction in friction versus a standard PDR seal and proved to be capable of operating at 60 meters per second.”

Electric – is it really a new idea?

Introduced in the 1940s in response to a shortage of cart horses and a need for increased efficiency, the electric milk float became a welcome and familiar sight on the streets of the UK. In August 1967, the UK Electric Vehicle Association put out a press release stating that Britain had more battery-electric vehicles on its roads than the rest of the world put together, and almost all of those were milk floats.

Most of the talk about electric vehicles focuses on the car, but eMobility is more than this one form of transport. At the moment, less than 5% of cars are electric but already in 2018, 20% of bicycles and 15% of motorcycles were electrically driven. Buses are the other big early-adoption success story, with 15% of electric vehicles operating in urban areas.

Although electric cars are expected to make up 40% of the total global vehicle population by 2025, 60% of bikes, 50% of motorcycles and 30% of the world’s buses will also be electrically driven.