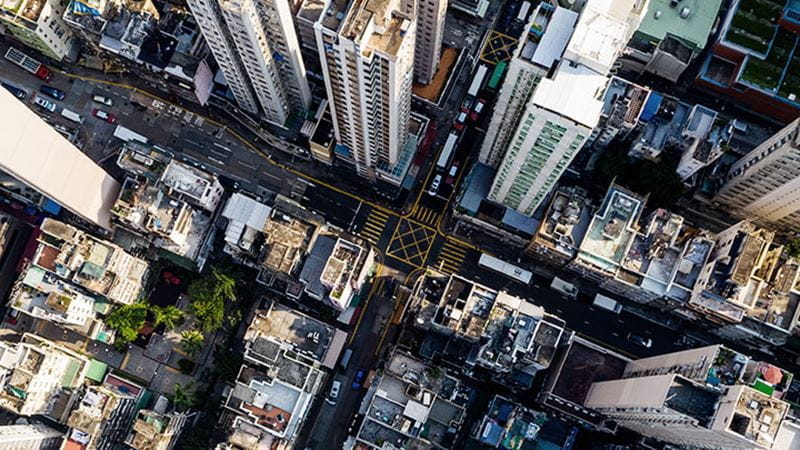 Trenchless pipe rehabilitation, instead of the traditional “open, cut and replace” method, is an ideal solution for repairing pipe networks in big cities. It saves time and money and leads to less disruption and environmental contamination.

Asia-Pacific is the world’s largest and most diverse water infrastructure market. A common problem throughout the region is aging infrastructure and increasing water leakage. For example, in Australia and New Zealand, much of the infrastructure is reaching the end of its 50-year lifespan. Meanwhile, growing populations and climate change are adding to an
increasingly challenging situation.

Every year, Australia’s largest city, Sydney, loses about 47 billion liters of drinking water to leakage — about 52 Olympic-sized swimming pools a day — and is experiencing a sharp growth in the number of “high-priority” leaks. With periods of prolonged drought now increasingly common, municipal water supplies are under extreme pressure, creating the need for more sustainable water cycles.

In New Zealand, it is estimated that more than half of the pipes in the capital city, Wellington, need replacing, at a cost that is expected to run to about NZD600 million (USD400 million) over the next decade.

Furthermore, many big Asian cities lose up to 40 percent of their drinking water supply to leakage, compared with 20 percent in many cities in Europe and the United States. Water loss happens for several reasons, including the complexity and quality of pipe installations, and is becoming a growing — and expensive — issue for local water authorities and asset owners alike.

When a drinking water pipe leaks, the escaped water often finds a path underground, where it is wasted in a process known as exfiltration. However, as well as the loss of valuable drinking water, contamination of the pipe can also occur by the infiltration of pollutants from the soil, for example those originating from overfertilization, or defective or incorrectly laid drainage pipes.

A defective pipe is susceptible to root ingrowth, backfill, and even breakage. Continuous water leakage washes out the surrounding soil and can ultimately lead to the failure of
the drainage pipe, the collapse of roads and flooding.

“Think about what’s beneath a typical city street,” says William Wong, Business Development Manager for Trelleborg’s pipe seals in the Asia-Pacific. “You have water and gas mains, electricity, sewage pipes, and probably even fiber-optic cables intersecting with each other, and the more populated a city is, the more underground infrastructure is required. That’s not to mention everything you see at ground level. So, in most cities, there’s physically no room to lay new pipes inside a repair trench.”

It is also a question of time as blocking off a street and digging up a single water pipe can take many months, causing major disruption to businesses and residents.

However, there is a solution to all these problems.

“By replacing traditional trenchbased technology with a trenchless pipe repair, the work usually completes in one night, which gives huge financial and environmental benefits. A trenchless pipe repair is like a surgeon performing keyhole surgery rather than cutting the patient open,” says Wong, who has worked with pipe rehabilitation for over 20 years.

Pipe rehabilitation still depends on two factors. First, the rehabilitation itself must be more efficient in terms of time and costs, and less disruptive and polluting than the trench-based method. Second, the repairs need to stand the test of time; rehabilitation becomes a false economy if it leads to repairs more often.

The pipe rehabilitation technology is called cured-in-place pipe (CIPP) lining and is considered to be a quieter construction methods, compared to the traditional “open, cut and replace” method.

In the trenchless method, a new and thinner CIPP inserts into and connects to the old concrete or steel host pipe to prevent leakage.

Even if the cross-sectional area is smaller, the flow rate capacity will increase, since the material is much smoother than the original pipes. This technology is well-suited for big cities and many of these have started to embrace it.

“Hong Kong has recently executed a major program to replace and rehabilitate water mains across the city, while in Singapore they have rehabilitated a majority of their network to be more water-sustainable. And, to my understanding, several big cities in China have all recently launched or are in the middle of launching major programs for rehabilitation of pipelines,” Wong says.

Trelleborg has both the expertise and a large range of products to support pipe rehabilitation projects. It is Wong’s ambition that Trelleborg will be a partner in many forthcoming projects in the region, helping to create a more sustainable and watertight future for Asia’s big cities.

Trelleborg has customized solutions for virtually any challenge in pipe laying and rehabilitation. “We have materials, equipment and accessories to assist with the insulation of pipes. In the rehabilitation of sewer pipes our flexible pipe liners work in combination with our polymer resin systems. Furthermore, our stoppers and flow-through plugs are  optimally suited for the temporary blanking off and bypassing of flows during pipe tests and Repairs. For smaller local leaks, we can use a resin-impregnated fiberglass mat, thus providing a quick remedy,” says William Wong.
To find out more , please visit:
Trelleborg Seals & Profiles