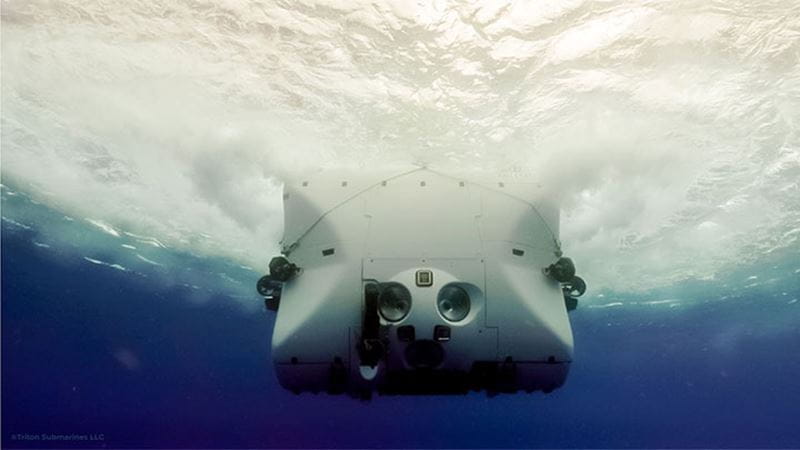 When the testing was completed, the buoyancy blocks came back from Russia to the U.K. to be finished, and a polyurethane elastomer coating was applied to the blocks. The white Trelleborg buoyancy blocks which made up a sizeable proportion of the overall body of the manned submersible vessel.