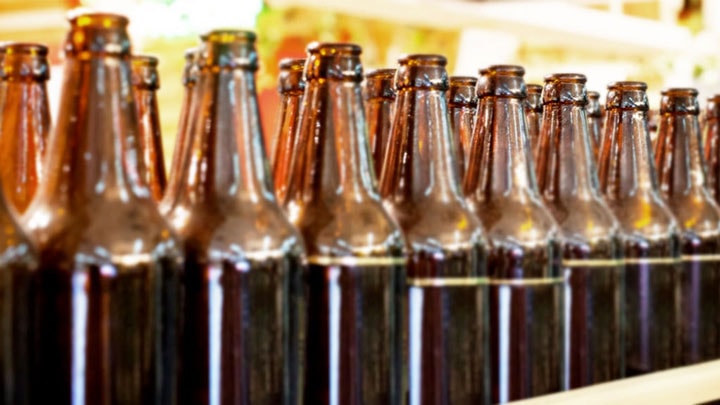 Many people enjoy the occasional glass of beer, and sealing solutions are vital in the effective and safe delivery of your favorite tipple to the pump, can or bottle.

Beer is the third most popular drink in the world after water and tea. Millions of liters are produced every year. From the mash tub via the brew kettle and the chiller to the storage tank, there are seals all the way along the route. “Whether simple O-Rings, complex molded parts or gaskets, our seals ensure that beer finds its way safely and cleanly into bottles, cans and kegs,“ says Martin Krüger, Area Sales Manager for food, beverage & water at Trelleborg Sealing Solutions.

Filling equipment must be precisely engineered and very well sealed. But when you consider that breweries can fill up to 100,000 containers per hour on a single packaging line (equivalent to 2,000 per minute), this is no small feat.

Fundamental to ensuring safe delivery of the product to the consumer is hygienic design. “In most cases, seals will be specifically engineered for food and beverage processing applications,” says Krüger. Designs have been developed to avoid dead space around, within, or beneath a seal. In dead spaces, bacteria or micro-organisms can be deposited and these literally develop a “life of their own”. This can lead to contamination with germs and mold, potentially triggering a socalled spontaneous infection in a beverage, making it undrinkable and leading to a loss of production.

Finite Element Analysis (FEA) is utilized to simulate where liquids collect and how this can be prevented. If dead space can be avoided in a filling machine, for instance, not only will incidences of spontaneous infection of beverages be lowered, but cleaning cycles can be reduced. This in turn relieves the seals themselves, making them more durable and extending a seal’s life cycle.

An increasing trend is the consumption of craft beers and this is also bringing FEA in seal design to the fore. Around 17,700, or 94 percent, of all breweries can be defined as craft beer producers. Often these are microbreweries, where particularly compact brewing and filling systems are required. There, sealing solutions must be adapted to tightly defined installation spaces and FEA is used to simulate the behavior of seals under these restricted installation and application conditions.

FEA also allows the function of seals to be improved even before the introduction of a prototype. “It is possible to check at an early stage whether molded parts and seals achieve targeted performance, saving time-consuming trials and test phases. In addition, thanks to FEA, the sealing components can be individually integrated into brewing and filling systems, matching them to liquid throughput, required geometry or cost expectations,” says Krüger.

Another trend is a growth in demand for mixed beer beverages. This means increasing use of inline mixing systems, where liquid components are mixed directly in the pipeline and filled as a homogeneous end product. “Sealing solutions for such processing lines must be resistant to different bacteria and yeast cultures native to the beer, as well as acids from sodas and fruit juices. In these circumstances, ensuring seal compatibility becomes extremely challenging,” says Krüger.

One way of achieving this is to produce seals in a perfluoroelastomer (FFKM), such as Trelleborg’s Isolast®. With a terpolymer of monomers in which all hydrogen atoms are replaced by fluorine, the lack of hydrogen in the molecular chain increases the material’s chemical resistance. The cross-linked molecular chains combine the elasticity and sealing power of an elastomer with the chemical resistance and thermal stability of polytetrafluoroethylene (PTFE).

The universal compatibility of FFKM is also important, due to the trend for shorter runs in breweries. Craft beers and mixed beer beverages tend to be manufactured in smaller quantities; and, because one and the same bottling plant fills different kinds of beer and mixed beer drinks, there is a need for more flexibility in processing systems.

Therefore, seals need to be resistant to different beer and mixed beer ingredients, whatever they may be. In addition, there is a need with each beverage production run change for the system to be subjected to deep cleaning and sterilization. But frequent cleaning with harsh media can quickly destroy standard seals. Effective and long-lasting chemical resistance is also vital in the elimination of flavor or aroma carry-over from one drink to another.

An old Czech proverb says: “A fine beer may be judged with only one sip, but it’s better to be thoroughly sure.” So next time you are savoring the aroma and relishing the flavor of a beer, remember how much care, attention, research and technology goes into ensuring that your favourite brew is safe to drink and has the perfect taste.


Step-by-step to brewing the perfect beer
How is pure water, malted barley, hops and yeast transformed into beer?