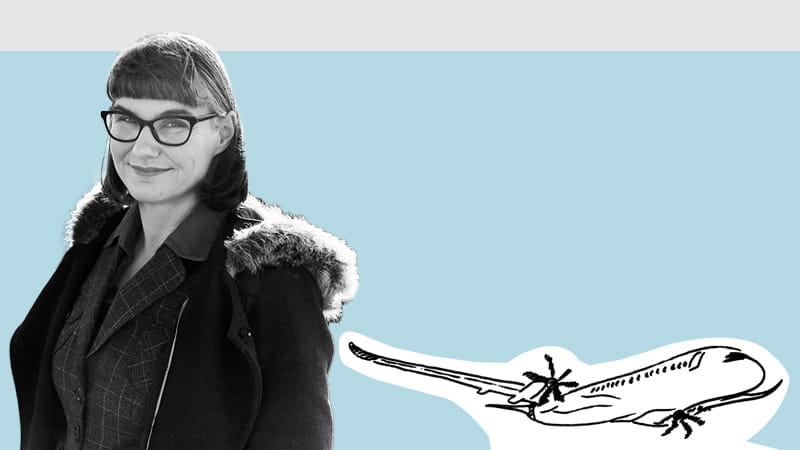 Frauke Urban has no plans to stop flying. And neither do many of us. Not completely, anyway. That’s why Urban focuses on increasing her knowledge of sustainable energy systems to help decision-makers and those in the aviation industry make flying more sustainable.- FRAUKE URBAN, KTH, Royal Institute of Technology, Sweden

that has been commissioned to help accelerate the transformation toward bio-based jet fuels, electric aircraft and hydrogen-powered planes, Frauke Urban is working with a multi-disciplinary group of researchers to map out a route for green aviation. They’re identifying which conditions will enable Sweden to reach its ambitious target of making all domestic flights fossil-free by 2030 and having a completely fossil-free transport sector by 2045. Then all flights, both domestic and international that begin in Sweden, will be fossil-free.

“We could of course try to imagine a world without flying, but that would be unrealistic,” says Urban.

“The world is interconnected today in terms of people’s movements and trade; hence people will continue to fly in the future. COVID-19 may have made many fly less than before, but aviation is here to stay.”

Therefore, the major question for Urban is how to make flying more sustainable. According to the International Energy Agency, the aviation sector accounts for two percent of global  CO2 emissions. Over the past decade the industry has tried to reduce emissions by researching new materials to make planes lighter and more aerodynamic, and to make the engines more efficient. However, “That’s not enough,” says Urban. “To make a real difference the fuel has to be decarbonized.”

One transformation that is in progress is the mixing of traditional fossil-derived jet fuels with fuels made from renewable sources. Biofuels are frequently used in Sweden, but generally in very small quantities of two to three percent of the total amount of fuel used. That’s far from the possible 50/50 ratio of biofuels and petroleum-based aviation fuel. The main reasons for this modest progress are the price and supply of biofuels.

“Producers are few and biofuels are still relatively expensive. At the same time, end-customer direct support has been low, due to price and maybe also a lack of awareness of the possibility of making a personal impact,” says Urban. Today air travelers on major Swedish airlines can pay extra for the use of biofuels when purchasing a ticket. The present cost is SEK 300, or about EUR 30, per fossil-free hour in the air.

“We could of course try to imagine a world without flying, but that would be unrealistic.”
FRAUKE URBAN, KTH, Royal Institute of Technology, Sweden 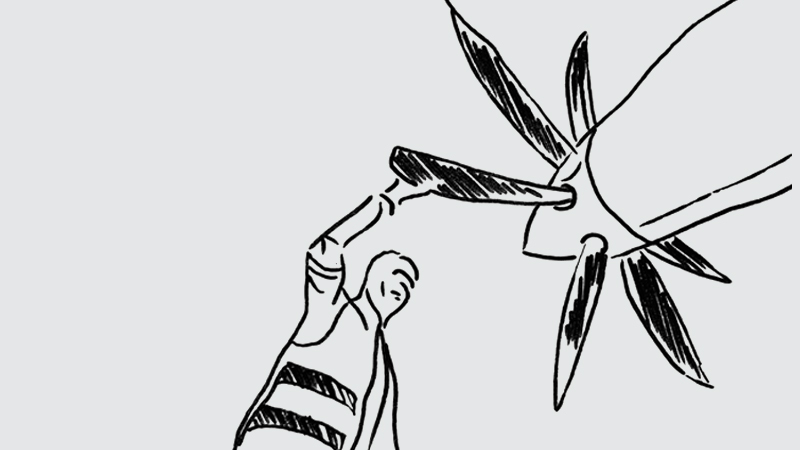 That equals about EUR 70 extra for a flight between Stockholm and London, but so far there are not enough travelers paying this additional cost to make a real difference.

In Urban's opinion, an increased use of biofuels and other drop-in fuels working in existing jet engines is a necessary transition to reach the goal of fossil-free air travel while awaiting new sustainable technologies. The outlook is promising and there are several initiatives for electrification of flights.

One example Urban mentions is aviation giant United Airlines’ order of 100 ES-19 electric aircraft from the Swedish electric aviation start-up Heart Aerospace. The ES-19 is a small electric plane seating 19 passengers, which utilizes lithiumion batteries. These are similar to those used in automobiles, but with a 400 kilometer range. Initiatives such as this make Urban confident that Swedish airports can reach their goal of fossil-free domestic flights despite there being only nine years left until the target date.

“Hydrogen-based aviation is currently in the R&D stage, driven forward, for example, by an investment by Airbus to design planes fueled with hydrogen. The EU has a hydrogen strategy in place and the fuel is projected to be used in commercial aircraft from around 2035,” she says.

So, what do Urban and her research colleagues contribute to the ongoing transformation? It’s her 17th year of working on industrial transformations toward decarbonization and climate mitigation. This made her initiate Sustainable Energy Transformations in Aviation (SETA), a four-year research project that is funded by the Swedish Energy Agency.

“Sweden is a leader in decarbonization and has the potential to be one of the first countries to decarbonize its aviation sector, but there are risks and challenges ahead,” says Urban.

RESEARCH PROJECT ABOUT THE TRANSFORMATION TOWARD FOSSIL-FREE AVIATION

The SETA project, involves a multi-disciplinary group of researchers from the KTH Royal Institute of Technology, and Linköping University in Sweden. The aim is to provide new insights that can help airlines, airports, regulators, aircraft producers and other players in the aviation industry fill in some of the existing knowledge gaps for a successful transformation toward fossil-free aviation.

Most of the research in this field is into the technical dimensions, as electric aircraft, hydrogen technologies and bio-fuel refinery processes need development. However, the transformation also requires new socio-economic, socio-technical, political, and sustainability-related solutions. The SETA project also focuses on these issues, by exploring options for new business models and how they can support sustainable aviation technologies.
“Will I fly on a battery-powered plane in 2030? Absolutely!”
FRAUKE URBAN,KTH, Royal Institute of Technology, Sweden
Electric aviation will need a new infrastructure for charging planes. The shortage of biofuels is another challenge. Hydrogen may lie further ahead but visions and investment still need to correlate for a fossil-free aviation industry to be possible.

“It’s a bit like the ‘chicken and egg’ discussion. Investment is required, which will only happen if there is a predicted market, and the market will only be created if there is large-scale investment happening,” says Urban.

SETA’s contribution is to explore the socio-technical opportunities and barriers relating to the transformation to fossil-free flights. The multi-disciplinary group of researchers
from KTH Royal Institute of Technology and Linköping.

Lives: Stockholm, Sweden, with husband and two children.
Job: Associate Professor in the Management of Sustainable Energy Systems and KTH Royal Institute of Technology, Stockholm, Sweden.
Travel by: “I travel by bike, wherever I can.
When necessary I use an e-car sharing service. I travel by plane when I visit my family in Germany.”
What drives you: “I hope that my research can be one of the small puzzle pieces that solves the big puzzle of how to live more sustainably, and how to restructure economies, industries and societies in a way that mitigates climate change.” 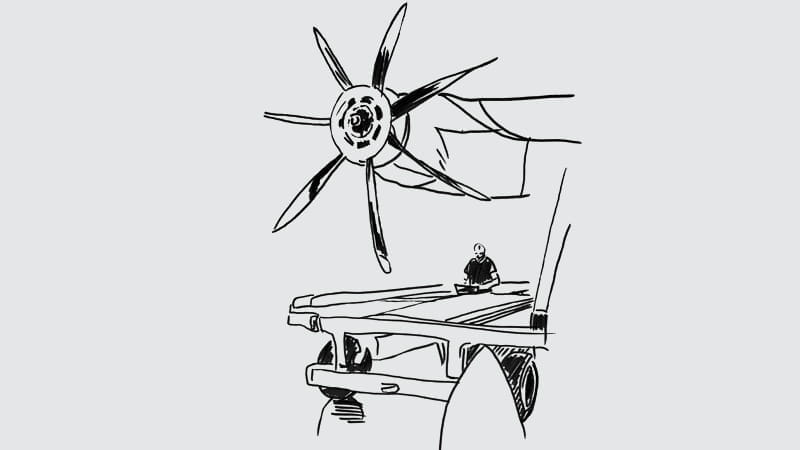 University has knowledge beyond technical development — it also focuses on management and economics, life-cycle assessment and political science.

The group’s work includes everything from identifying the necessary changes in governmental policies and industry investment strategies down to individual customer behavior, as well as investigating the sustainability of different fossil-free technologies for aviation. And Urban is confident that things are going in the right direction.

“Obviously, we are a small part of a much larger community who all have the vision of fossil-free aviation. Through the SETA project, the team and I can contribute to solving complex questions that relate to how the aviation industry can decarbonize and become more sustainable, with the aim of mitigating the dangers of climate change. Will I fly on a battery-powered plane in 2030? Absolutely!”