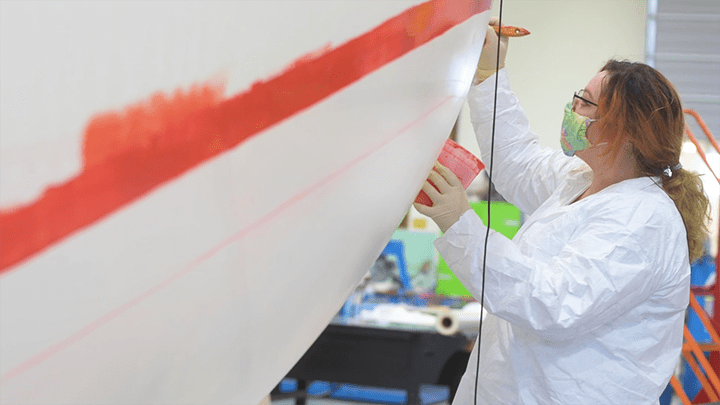 MATERIAL ENGINEERED TO OUTLAST THE MARCH

Many have never considered the highly technical fabrics beneath the extraordinary spectacle before them, that is, the Macy's Thanksgiving Day Parade®. The coated and laminated fabric used for Macy's iconic giant balloons is produced in Monson, Massachusetts, at one of Trelleborg Coated Systems Inc facilities. Trelleborg ships the material to the Macy's Parade Studio in Moonachie, New Jersey, just across the river from New York City.

The coated material Trelleborg manufactures is durable, lightweight, heat sealable, air and helium holding, pliable, packable, printable, and can withstand weather conditions and sun exposure in preparation for the annual flights of the giant characters inflatables.

Trelleborg designed the engineered coated fabrics to be waterproof and UV resistant, which is crucial since the Macy's Parade occurs outdoors in all kinds of weather conditions. The pressure valves that Macy's builds into each chamber of the giant character balloons, along with the UV coating engineered into the material, ensure the balloons remain fully inflated during their entire journey. The unique UV-resistant coating protects the material from deterioration while still allowing for a paintable surface. It enables the balloon to regulate its temperature profile, which is essential because helium expands in warm temperatures and contracts in the cold. If the balloon were to overheat due to an early chill then an afternoon warming, the helium inside could expand to the point that it ruptures the balloon chamber.

The giant balloons are made in chambers for several reasons. Like a piece of clothing, compartments help create the entire shape of the character one piece at a time. For example, a balloon chamber could be the arm, the nose, or the hand of a character. With chambers, more exact shapes can be created to mirror the character. They can also isolate the parts that need more helium to fly at the angle designed versus chambers that could use a combination of helium and air to have less lift.

This year rings in the 95th Parade. While the balloons are now considered a signature of the event, they did not appear in the first three Parades (1924-1926). The Macy's Parade of 1927 was the first to feature balloons when the beloved iconic character Felix the Cat joined the lineup as the inaugural character balloon. Felix the Cat was inflated with air and carried on sticks like an upside-down marionette that first year. When helium was introduced to the balloons in 1929, there was no plan to deflate these massive creations, so Macy's Parade organizers let the balloons fly off into the sky—where they would soon land somewhere after the helium dissipated. Finders who returned them to Macy's would receive a gift certificate to the store.

The process looks quite different now. Today, once a balloon makes its 34th Street appearance, it will turn the corner to meet Macy's deflation team, who will swiftly ground the balloon and methodically release all the helium in a matter of minutes. The balloon is then carefully folded to fit in a bin that is a mere fraction of its size when fully inflated.

Another integral part of the team is the balloon handlers. Macy's describes them as genuine superfans and considers them among the proudest and most enthusiastic volunteers in the Macy's Parade.

A typical giant balloon may have between 80-100 balloon handlers on Thanksgiving Day, along with a highly-skilled flight management team of 12 who oversee the flight of each balloon. Many handlers return year after year for this treasured holiday tradition. The handlers and the flight teams receive training during the Spring, Summer, and Fall each year, with a final refresher the morning of the event.

Every balloon in the Macy's Parade is tested and refurbished yearly to ensure top-flight condition. Even a tiny pinhole can be detected and sealed to achieve complete integrity of shape and volume. Occasionally, paint touch-ups and adjustments to handling lines are made to ensure the best possible flight position.  The lifespan of any giant balloon depends on many variables, including weather conditions and sun exposure.

The Macy's Parade Balloon Inflation Celebration was for many years one of NYC's best-kept secrets. Over the years, there has been a massive increase in the number of interested New Yorkers and tourists lining up to catch an up-close glimpse of the giant balloons being inflated on Thanksgiving Eve. Once the balloons are inflated, they are netted and secured to the ground until Thanksgiving morning, when the flight management team and balloon handlers arrive to take the reins.

Whether you're watching from the streets of New York or on your televisions at home, enjoy the ultimate holiday tradition live or on NBC 9 am-noon in all time zones. 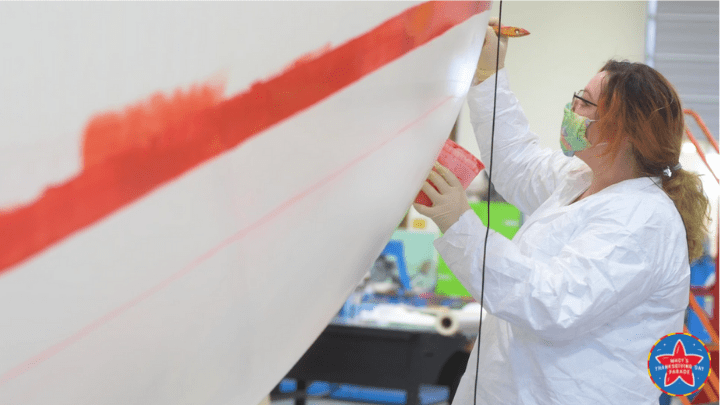 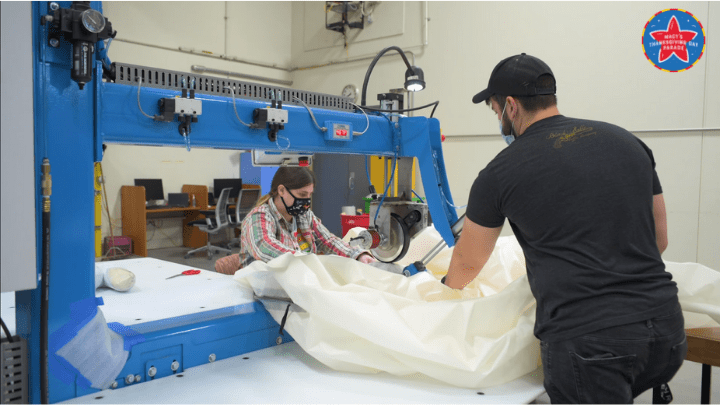 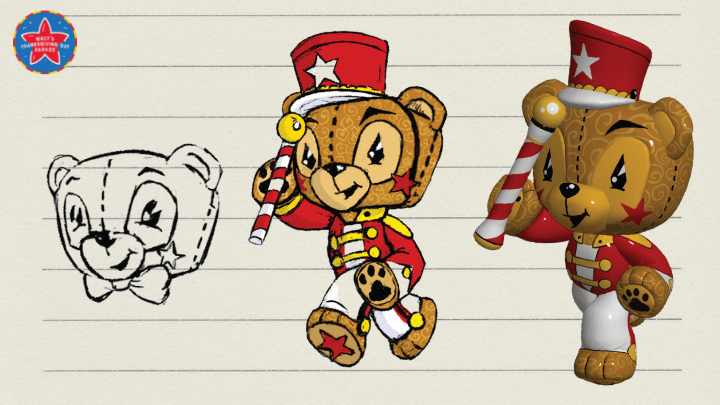