The required operating lifetime of a new sewer network is >50 years and in many cases considerably more.

Designers and specifiers take into account correct pipe diameters, alignment, installed depth, bedding and trench construction, but a reliable system is only as good as it’s weakest link.  Rubber seals in many cases are not considered at the design phase, but there are arguments as to why this should be changed.

For many years the rubber ring market has used Styrene Butadiene Rubber known as SBR.  It is widely used in the tyre industry due to the very good abrasion resistance.  Developments in the rubber industry have resulted in improved synthetic rubber compounds such as Ethylene Propylene Diene Monomer – EPDM with improved ozone, weather and chemical resistance and increased mechanical properties when compared to SBR.

For seals in a sewer network one of the most important characteristics is sealing pressure, which reduces with time due to creep. EPDM’s higher functionality comes from a higher crosslink density.  Research by ExxonMobil proved that seals produced from EPDM can remain functional up to two times longer when compared to SBR.  The graph below shows typical nominal joint conditions.

In many markets seals are not independently tested or verified by any third party, which can cause leakage in the pipeline. Porosity in the cross section of the seal or an intensive smell of rubber can mean low quality rubber compound leading to a big risk that material is not according EN 681 or EN 682 – the main European rubber seal standards.

Trelleborg 605 Sewer-Lock and Trelleborg 582 Din-Lock are two of the most recognized seals in the world. High functionality is appreciated by pipe producers, certification institutions, installers and sewage network owners.

Both systems are equipped with retaining elements which hold the seal in the correct position in all conditions.

With ‘un-retained’ seals, problems can occur during joint assembly and the seal can be displaced from the socket groove and pushed into pipeline By using seals with retaining elements the risk of displacing the seal is all but eliminated.  Due to the innovative design, assembly force is reduced to a minimum, whilst the close fit into groove prevents sand or other particles from penetrating under the seal.

Joint tightness and angular deflection performance of Sewer-Lock and Din-Lock exceed the values specified in the current European standards. Both sealing systems are capable of withstanding internal pressures in the pipeline of 2.5 bar and angular deflections up to 8 degrees (dependent on nominal pipe diameter).

Experience shows that most leakage in pipelines is caused by incorrect assembly of the joint. Din-Lock and Sewer-Lock are fitted into the pipe socket during production of pipe in clean manufacturing conditions, thus helping to minimize the risk of mistakes during pipe installation in the trench.

Many markets recognized the need to eliminate concrete to concrete contact in the joints when constructing manholes and inspection chambers. Contact pressure between two concrete elements can be amplified by ground movement or traffic load, which can lead to cracking and result in exfiltration or infiltration to the sewage system.

The Trelleborg 171 seal with its integrated load distributor element is the perfect solution for load bearing manholes.

Tests with dynamic loads of 100 kN have proven extraordinary functionality, with the additional advantage that the top covers of the manholes wear out much slower. The load distributor element also acts to prevent contamination entering the sealing area from the inside of the manhole.  The seal is equipped in sliding mantle which allows hassle free assembly on site and can reduce installation time by up to 50%. The Trelleborg 171 is the most advanced sealing system for manholes on the market. 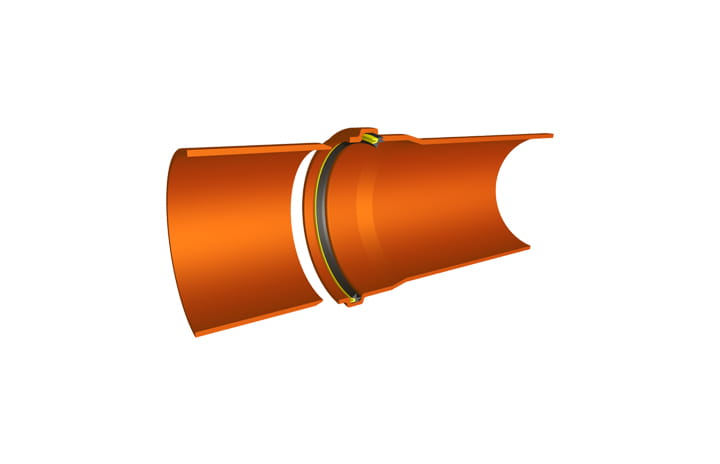 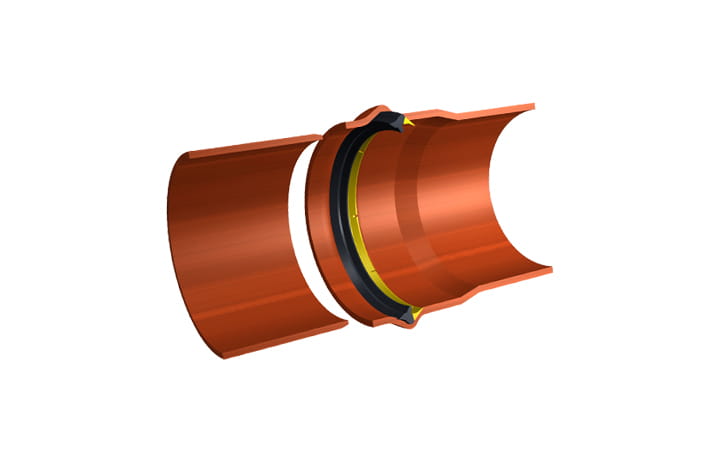 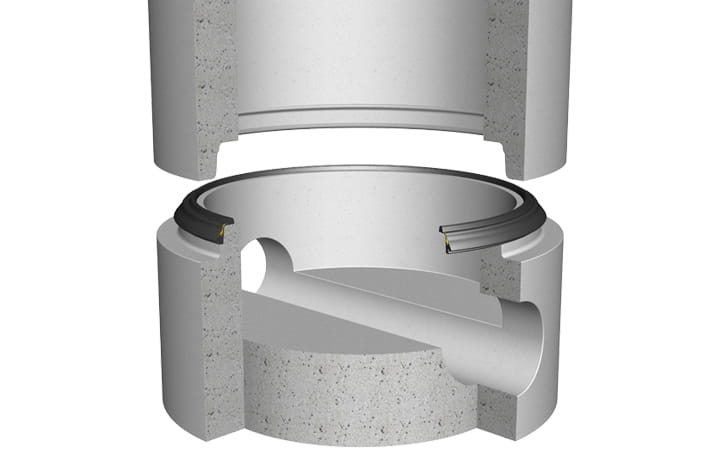