Spiral wound pipes made from Polyethylene and Polypropylene are used for both pressure and non-pressure applications. Elastomeric ‘push fit’ joints are especially important for gravity and low‐pressure pipeline systems where they provide an efficient and simple solution for pipe jointing.

The pipes are produced in accordance with the standards EN13476, DIN 16961 and DIN 16917, which have been specifically written for large diameter plastic pipes. The pipe ends of typical Spiral Wound Pipes (Krah‐pipes) are of the socket and spigot design, homogeneously formed during the production‐process.

The spigot has two circumferential grooves into which the seals are placed ensuring they start and remain in the correct position in the joint.  The ‘two seal’ configuration gives greater stability across the joint and allows the possibility for joints to be tested by introducing pressure into the annular space between the seals.

Trelleborg Pipe Seals in collaboration with producers of Krah-pipes has designed a simple but robust elastomeric sealing system for this configuration of joint. In demanding installation environment of today, the main criteria for designining joints are:

1. Ease and reliability of jointing on site

2. Leak tightness from both infiltration and exfiltration

3. Consideration of socket and spigot surfaces and tolerances

Before any practical joint testing can be considered, the joint and potential seal designs are modelled using none liner finite element analysis (FEA) taking into account the maximum joint conditions.

In this modelling the tensile and compressive stresses generated in the pipe spigot and socket as it reacts to the forces exerted by the seal are taken into account.

Jointing force and seal behavior is also modelled and once the joint is optimized only then is physical jointing and finally joint performance tested.

There are 3 basic test pressures, and 3 conditions for determining leak tightness:

After each adjustment of the test conditions the assembly has to be inspected for any evidence of leakage.

Using the Trelleborg 504 sealing system Krah pipe joints up to and including DN1800mm have been independently tested and third part certified. 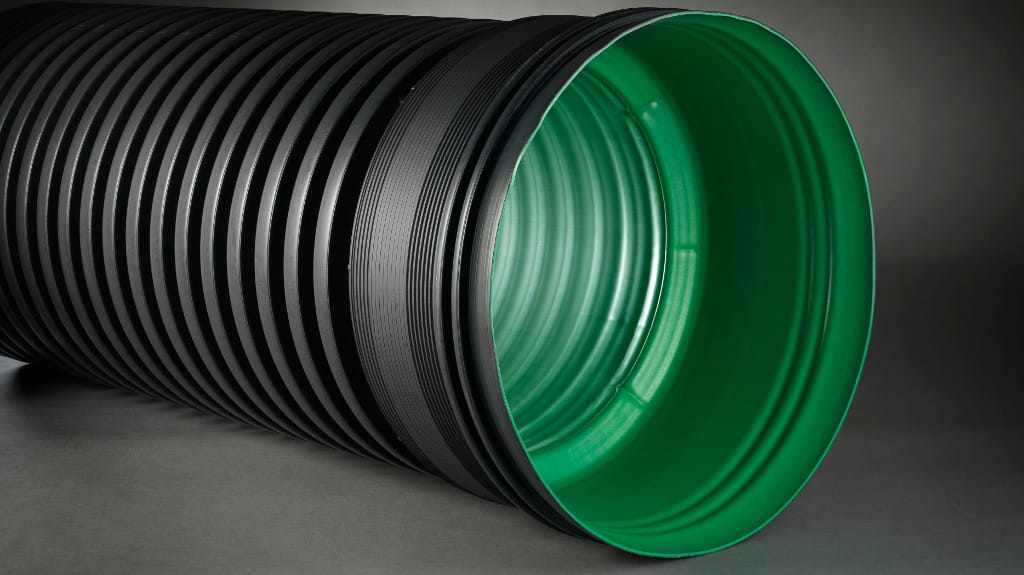 Engineered Solutions, when speed is required and quality is expected.
Read More