Moving into a Higher Gear 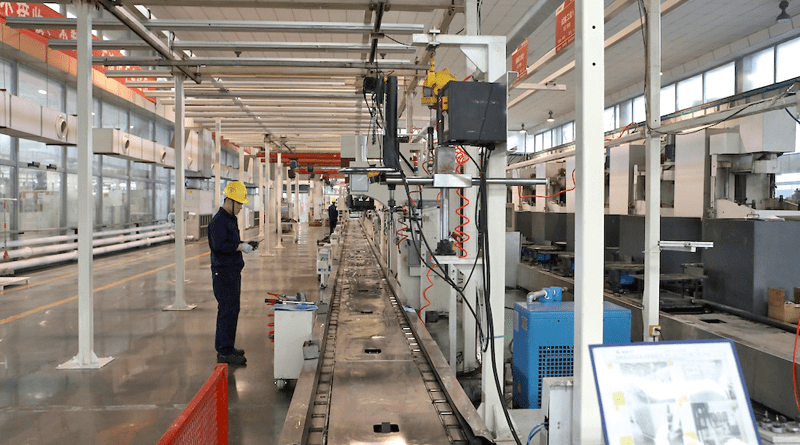 Sany Suote Transmission Equipment Co. Ltd. a wholly-owned subsidiary of Sany Group, has partnered up with Trelleborg Sealing Solutions for the supply of crucial sealing parts for their gearboxes since 2008. Further cooperation is expected to come.- By Brenda Li; Photo: Marcos Romano 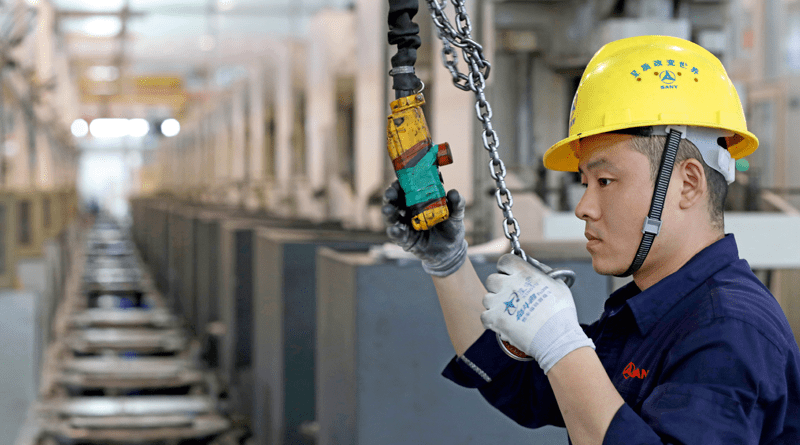 AT THE BEGINNING OF THE 21ST CENTURY,

largescale infrastructure projects were booming in China, which was one of the driving factors for the rapid growth of the construction machinery industry. Many privately owned enterprises within the industry, such as Sany Group, saw it as a golden opportunity.

“In 2008, foreign enterprises, especially those in the excavator industry, dominated the market in China with around 90-95 percent market share. It was a hard time for private enterprises to expand business as we relied mostly on imports of core parts that did not always match our machinery, so this severe situation hindered our growth,” says Zhao Hui, General Manager of Sany Suote Transmission Equipment Co. Ltd.

Then Zhao became the general manager of both companies. Sany Suote Transmission Equipment has been a wholly owned subsidiary of the Sany Group since 2008.

Trelleborg delivers a range of sealing solutions to Sany Suote Transmission Equipment Co. Ltd. Mechanical face seals are proven for use in gearboxes, mixers, stirrers, wind-driven power stations and other applications with similar conditions or where maintenance-free lifetime sealing is expected. Rotary seals and shaft seals are used in components with oscillating or rotating parts to keep lubrication fluids in while preventing ingress of mud and water. Trelleborg seals help improve component life and long-term performance.

Sany develops its own components

Sany develops its own components “It’s high time for us to develop our own products. That’s why we were determined to invest heavily in research and development and manufacturing of machinery  parts. And that’s where we have started,” says Zhao.

The company has been growing fast over the years with 1,300 employees till now. By the end of 2018, its sales volume reached CNY 3.97 billion. It offers gearboxes, slewing bearings and track rollers for construction machinery such as excavators, cement mixers, truck-mounted concrete pumps and cranes, and so on.

When Sany decided to invest in a subsidiary to produce parts to support the Group’s growth strategy, good preparations were made. One of the most important things was to choose suppliers to ensure the quality control from the very start.

When it comes to the cooperation with Trelleborg Sealing Solutions, Zhao says that he is deeply impressed by its reliable quality, high-performance products and good services. “We took a look at the business directory and found Trelleborg’s name. It’s a well-known sealing brand and Sany is always seeking partners like Trelleborg to enhance brand value,” he says.

“Trelleborg is one of our long-term partners with its world leading expertise in sealing solutions and good customer services,” Zhao assures. Thanks to the strict supplier selection criteria and strong competence in R&D, Sany Suote Transmission Equipment Co. Ltd. has become the first domestic company that is able to completely offer equally rivaled alternatives to the imported products.

When asked for his views about Sany’s position in the current market, Zhao says proudly, “Sany Group’s offerings have a leading position in the domestic market, especially within excavators ranking as number one for seven years consecutively. We’re very proud to supply self-manufactured machinery parts to the Sany Group and contribute to its growth.” “Trelleborg is one of our long-term partners with its world-leading expertise in sealing solutions and good customer services.”

“This achievement has been a combined effort both from us and suppliers,” he says. “We mainly purchased heavy-duty seals and rotary seals from Trelleborg as the crucial parts for our gearboxes to ensure good sealing effect, and Trelleborg’s products perform very well with stable quality.”

Thanks to the increase of China’s construction machinery industry and fast growing demands, Sany Suote Transmission Equipment Co. Ltd. has achieved great success. “Recent years have seen an obvious increase of the order volumes we have purchased from Trelleborg, and today they are around five times more compared with in 2010,” Zhao says.

Sany Suote Transmission Equipment Co. Ltd. is determined to scale up and increase their production capacity due to the Sany Group’s rapidly growing demands and customers’ constantly changing requirements. “I believe the order volumes from Trelleborg for seals will continue to grow,” says Zhao. “In addition, we need to embrace the changes by providing personalized solutions to our customers,” he adds.

“So instead of only supplying tailor-made solutions to fit our products, Trelleborg could be more involved with us in the product design phase to know our products better and offer more suitable solutions,” he says, “We are eager to work jointly with Trelleborg from the very start, and I believe Trelleborg will play a very unique role in our future further cooperation with its sealing expertise and technological competence.”