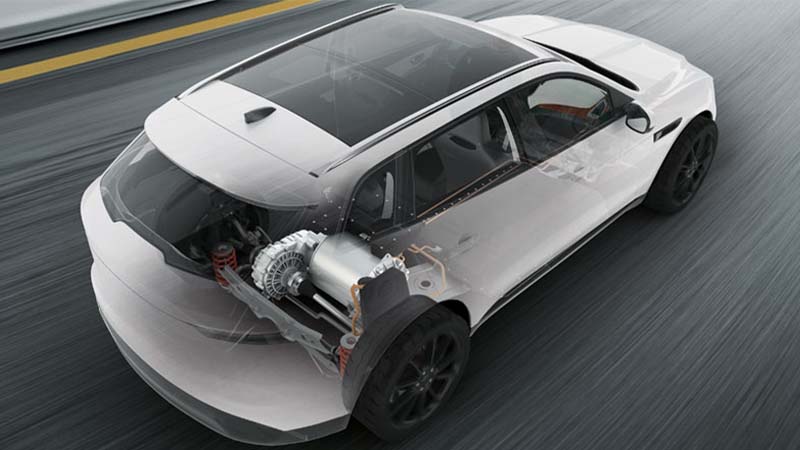 Traditionally, product development can be a slow process. But when supporting manufacturers to make electric vehicles travel further became a priority, an agile team of experts were asked to come up with a solution rapidly that could stand up to the high rotational speeds involved in e-Mobility applications. 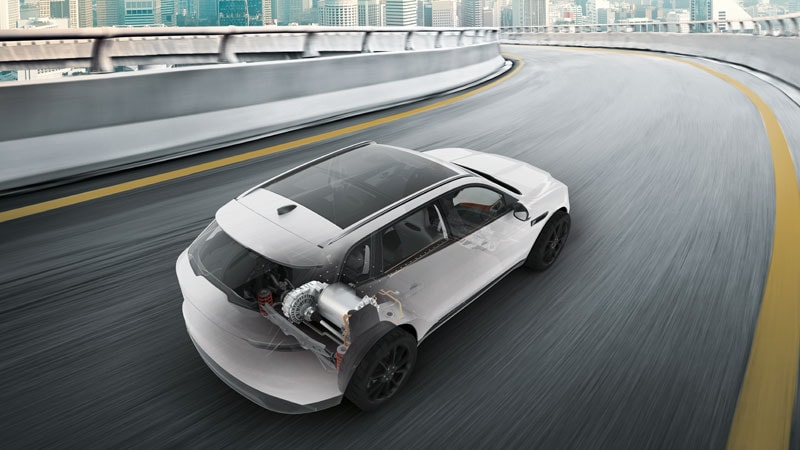 THE FIRST ELECTRIC CAR WAS INVENTED

in 1828 by Hungarian Ányos Jedlik. Since then the desire has existed to power vehicles with electricity. However, mass adoption remains a pipe dream. That is, until a viable technology can provide the same mileage as a tank of gasoline from a single battery charge to give car drivers the independence they are used to.

Electric will be the norm

Now though the pressure is on to find a solution, as the quest for eve r-lower CO2 emissions hots up and the desire to retain vehicle access in some of the world’s most-populous cities becomes paramount. Electrically driven vehicles therefore need to become the norm, not a novelty.

According to a report by the International Energy Agency (IEA)*, there were 3.1 million electric vehicles on the roads globally in 2017. However, this is expected to grow exponentially to at least 125 million and potentially 220 million, by 2030.

One of the keys to this growth is that components are available that allow electric vehicles to operate effectively and in particular give car drivers the independence they are used to from traditionally fuelled vehicles. Overcoming ‘range anxiety’ is critical to mass adoption of electric vehicles.

“With gasoline or diesel vehicles, people know they will get where they want to get to. The infrastructure is there and filling up the tank is never an issue. When people drive an electric vehicle they worry if they will have enough charge to arrive at their chosen destination, and a lack of charging points and the time taken to charge a battery, make them nervous,” says Jan Zumbach, Head of Business Development for eMobility. “The solution to this is to install a charging infrastructure and increase battery capacity to extend the distance that can be travelled on one charge.”

A major technology in electric vehicles is the e-axle, a combined electric motor and gearbox that fits within the traditional engine space. The motor and gearbox are directly coupled, but while the gearbox requires efficient lubrication, it is essential that the motor remains dry and so a highly reliable seal is required between these two components.

The difficulty is that electric motors run most efficiently at high speeds and so the seal requirements are very different from those for a transmission input on a combustion-engine vehicle. Gasoline engines normally run at 2,000 to 4,000 Revolutions Per Minute (RPM) but the electrically driven transmission runs up to eight times faster typically at 16,000 RPM and in the future this is likely to increase significantly.

At the moment, as electric cars are mostly only small and tend to run just for short distances in urban areas, it is adequate if the electric drive units operate at relatively low speeds. If electric cars are going to challenge combustiondriven vehicles, most important is the development of the next generation electric car that will allow travel of four or five hundred kilometers on one charge, the equivalent to a gasoline vehicle, rather than the average 280 kilometers that is being achieved now.

“Our aim for the new eMobility seals was therefore to increase operating rotational speed to at least 40 meters per second. Friction capabilities needed to be optimized too as they are a contributing factor to system performance."

In the gearbox side of the electric drive system, lubrication can be very limited; there is usually just a mist of lubricant. When there is little or no lubrication, sealing is more challenging. In these conditions, rotating seals will be subject to high frictional forces and stick-slip after periods of rest, potentially causing wear and shortening the life of a seal, as well as power loss, lowering the travelling range of the vehicle.

Diversity of lubricants in the electric drive system is also an issue and not all sealing materials are compatible with or operate effectively in the media involved. In addition, the trends in lubricants used could bring up unknown challenges when water-based, dielectric and lower viscosity media come into play. 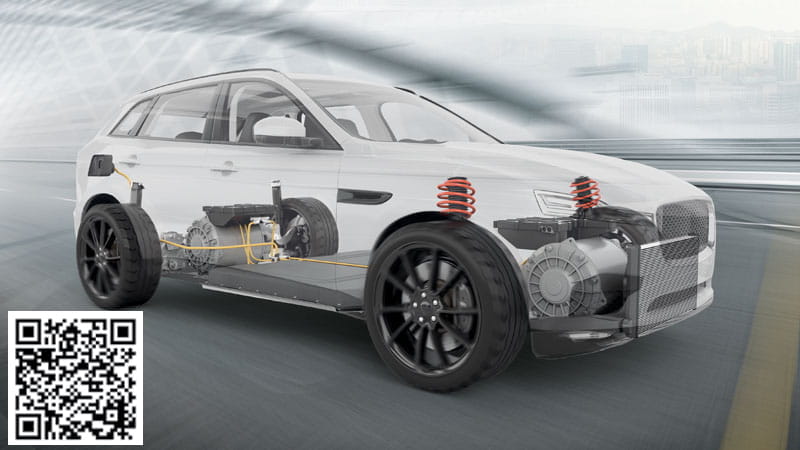 Often described as eAWD, the e-axle is an electro-mechanical propulsion system contained in an axle structure housing an electric motor, the power electronics and some form of gearing/differential.

Scan the QR Code to find out more 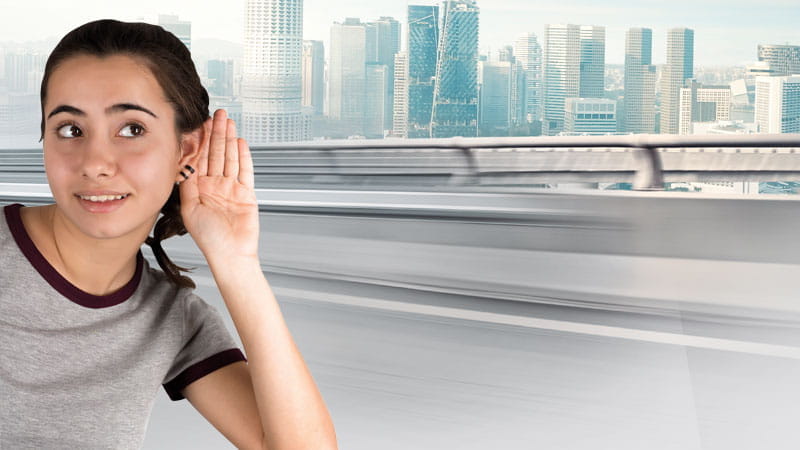 THE SOUND OF SILENCE

The advantages of electric vehicles are not just confined to sustainability but health protection too. Though limited international statistics exist, according to the World Health Authority about 40% of the population in EU countries is exposed to road traffic levels exceeding 55 db(A), while 20% is exposed to 65 db(A).

These noise levels are considered detrimental to health.  Electric vehicles are one of the solutions that could cut down urban noise. For example, a low-floor, diesel-driven bus starting from a bus stop would emit 72dB of noise, while the equivalent  electrically driven vehicle would emit 56dB. 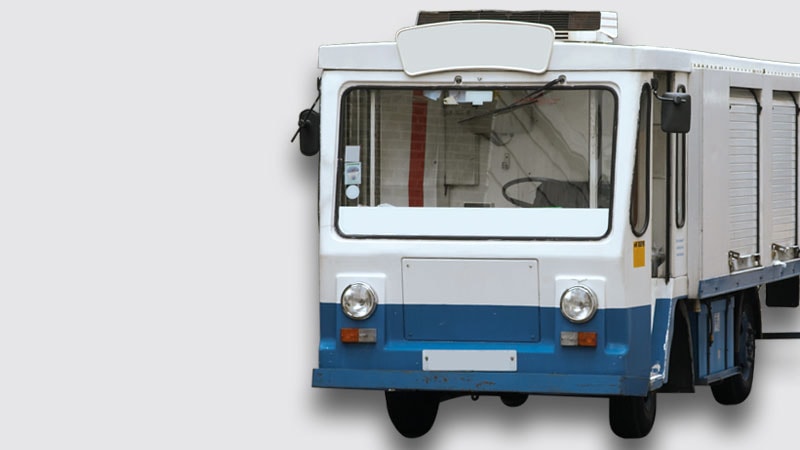 ELECTRIC – IS IT REALLY A NEW IDEA?

Introduced in the 1940s in response to a shortage of cart horses and a need for increased efficiency, the electric milk float became a welcome and familiar sight in the streets of the U.K.

In August 1967, the U.K. Electric Vehicle Association put out a press release stating that Britain had more batteryelectric vehicles on its roads than the rest of the world put together and almost all of those were milk floats. 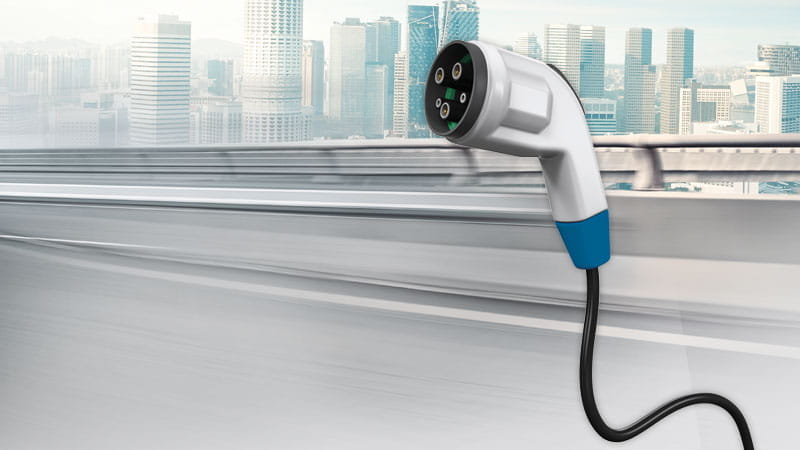 Electric Vehicles tend to have shorter travelling ranges than gasoline or diesel vehicles, and charging takes a lot longer than filling up with traditional fuel. Range anxiety is therefore the fear that a vehicle has insufficient range to reach its destination and would thus strand the vehicle's occupants. This term is primarily used in reference to Battery Electric Vehicles (BEVs) and the factor is considered to be one of the major barriers to large scale adoption of all-electric cars.

In response to rapidly growing market demand from electrically driven vehicle and e-axle manufacturers, a rapid response project team was put together by Trelleborg Sealing Solutions. It practiced Agile Product Development to, in an accelerated way, develop an effective sealing solution for the demanding conditions of the e-axle.

“Testing of our chosen solutions was extremely positive,” says Matthias Keck, Director Technology & Innovation at Trelleborg Sealing Solutions in Germany. “There was zero leakage for both seals despite the very demanding sealing conditions and HiSpin® PDR RT recorded, a 75% reduction in friction versus a standard PDR seal and proved to be capable of operating at 60 meters per second.”

“Our aim for the new eMobility seals was therefore to increase operating rotational speed to at least 40 meters per second.”

“The two solutions are being launched together as HiSpin® PDR RT and HiSpin® HS40,” says Sergio Amorim, Team Leader Innovation Management at the European Automotive Hub. “They both have exactly the same function but dependent on the operating parameters of the electric drive system and the customers’ preferences, one is likely to suit a system better than the other. We’re more than willing and able to support engineers and designers to ensure that they specify the optimum seal for their application

“A key to the success of the quick response team was the fact that we started off with clear, narrow goals that were defined bearly, including an aggressive manufacturing cost target to meet market expectation,” says Colin Macqueen, Director of Strategic Initiatives - Global R&D, who headed up the seal development program.

Consultation with customers was vital before any designing began and a full program of detailed market analysis and customer interviews was undertaken.

“Gathering all the research results together, we identified the overall market requirements for the specialized e-Mobility seals,” continues Colin.“The proposed 27 candidate ideas that were initially considered were whittled down to seven for quick screening.”

Then the two most promising candidates underwent in depth testing, which to speed the process up, took place concurrently in three R&D sites around the world; Stuttgart, Germany, Fort Wayne, in the US and Bridgwater in the UK.

“We know that the demand is really there for this eMobility sealing solution and importantly, this project was grounded with a view to volume manufacturing from day one. A complete investment plan has been put in place for one million plus production volumes at target cost, so that we can ramp up to meet the rapid growth in electrically driven vehicles that is expected,” concludes Colin. 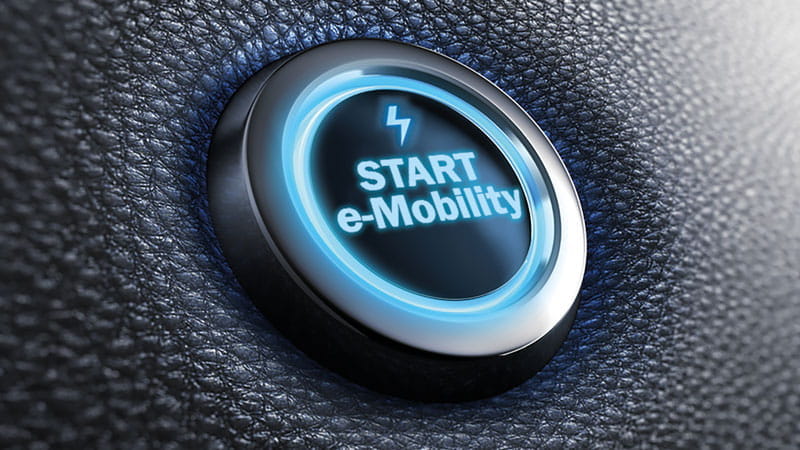 Trelleborg Sealing Solutions has been involved with electric vehicle development since their inception. Working closely with our customers, Trelleborg realized there was a need for specialized sealing solutions that could help increase the distance per charge of an electric vehicle.

The eMobility seal project was convened in November 2017 and a special multi-disciplinary team involving R&D, engineering, product management, manufacturing and sales was put to task to rapidly find a solution that could support the evolving electric vehicle sector. This was ready for launch in July 2018. 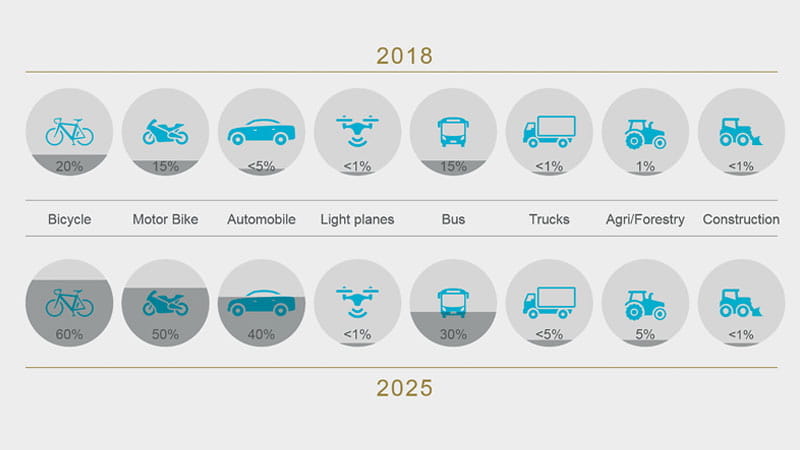 Most of the talk about electric vehicles focuses on the car, but eMobility is more than this one form of transport. At the moment, less than 5% of cars are electric, but in 2018, 20% of bicycles and 15% of motorcycles are electrically driven already. Buses are the other big early adoption success with 15% of these vehicles silently operating in urban areas, exhibition grounds and airports. Though electric cars are expected to see an unprecedented rise to make up 40% of the total global vehicle population by 2025; 60% of bikes, 50% of motorcycles and 30% of the world’s buses will also be electrically driven. 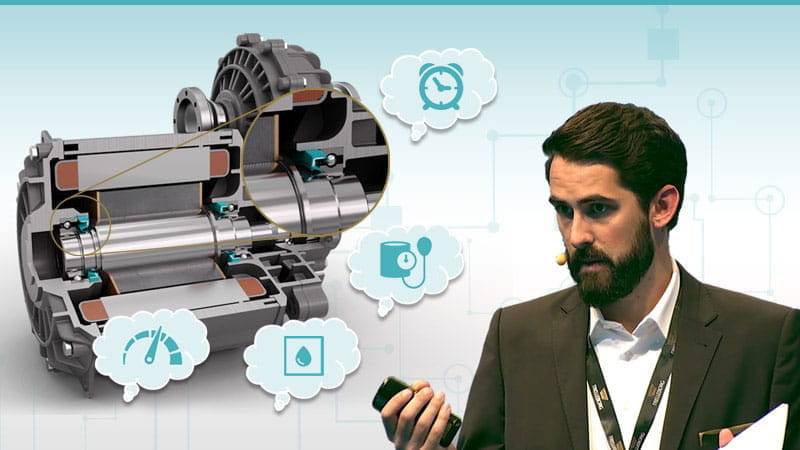 Check out the newest addition to our Technical Library: a Tech Talk on High Speed Rotary Seals for Electric Drive Units. Our online Technical Library features a collection of in-depth lectures, webinars and whitepapers on innovations in sealing technology. 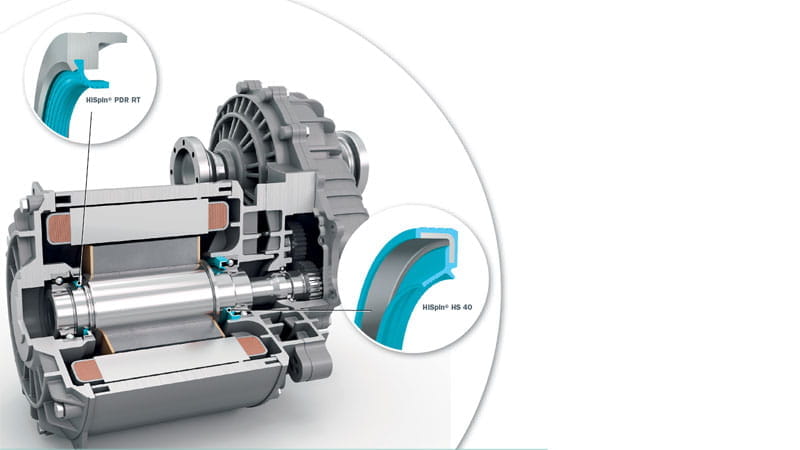 Trelleborg Sealing Solutions has developed two high performance seals specifically for the e-axle in electric vehicles, a combined electric motor and gearbox that fits within the traditional axle/ differential space. The motor and gearbox are directly coupled but while the gearbox requires efficient lubrication, it is essential that the motor remains dry and so a highly reliable seal is required between these two components.

The two seals have exactly the same functions and the choice between the correct seal to specify is dependent on the operating parameters of the e-axle system. 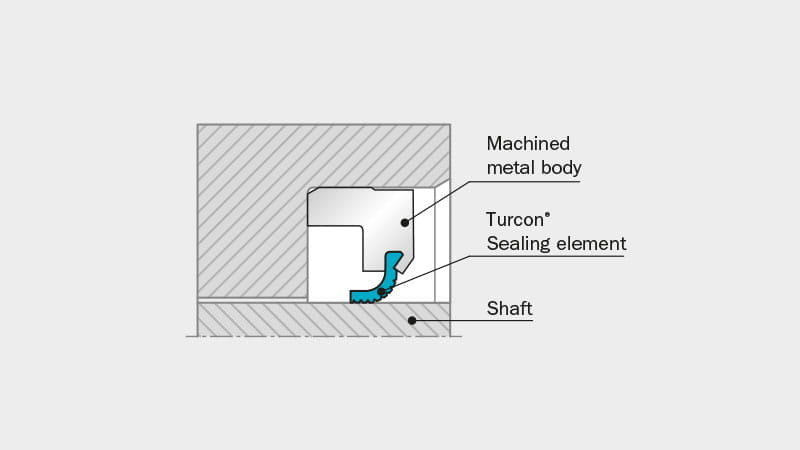 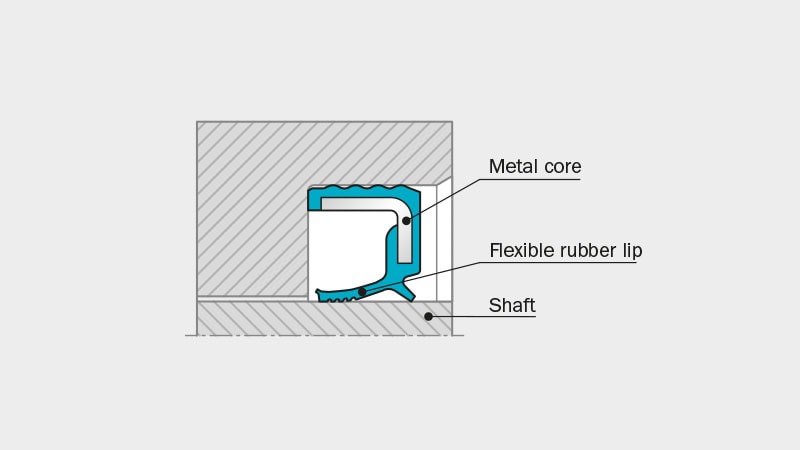 Other parameters that should be considered are run out, dry running, fluid compatibility, operating temperatures and ability to handle pressure. If dry running, a wider fluid compatibility, higher temperatures and pressures are issues, then HiSpin® PDR RT should be considered as the best option. If better run out and ease of assemblyare factors, then HiSpin® HS40 may be the best option.

To ensure tests were meaningful and completely reflected market requirements, test procedures were based on multiple customer interviews and reviews of many sets of application data, as well as discussions with major Automatic Transmission Fluid (ATF) and bearing manufacturers to determine key parameters. It also involved planning for consistent testing at three locations; Stuttgart, Germany, Fort Wayne, in the US and Bridgwater, UK.

Seals were tested on a 38 millimeter shaft at rotational speeds of up to 21,000 RPM or 40 m/s in temperatures ranging from -40 °C up to +150 °C in ATF in oil mist conditions for a duration of a 500 hour accelerated load cycle test that represented real motoring conditions from reversing, city driving, cruising on an A-road, stop start in a traffic jam and on the freeway. In addition to the 500 hour cycle test, each seal has also passed over 3,000 hours in endurance testing. 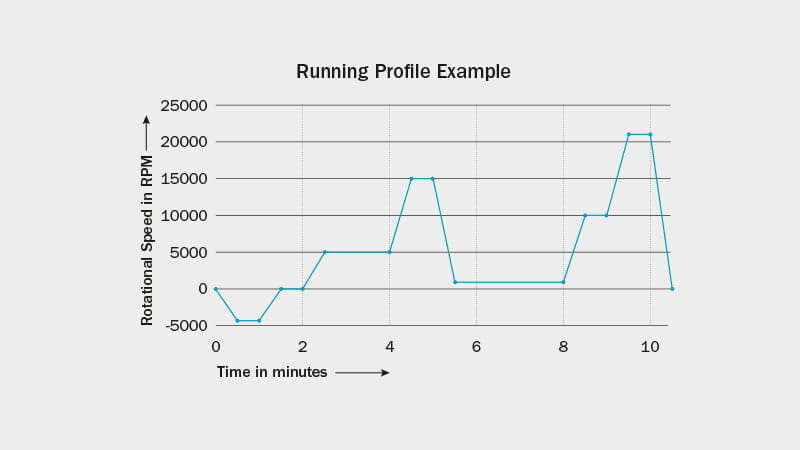 Both HiSpin® PDR RT and HiSpin® HS40 passed the accelerated load cycle test with no leakage and no wear on sealing lip or shaft. In fact, the wear on the running surface was barely noticeable and Finite Element Analysis (FEA) results all proved positive.

As HiSpin® PDR RT is made of Turcon® QD1, which is compatible with virtually all media, no additional material tests were required for the project. 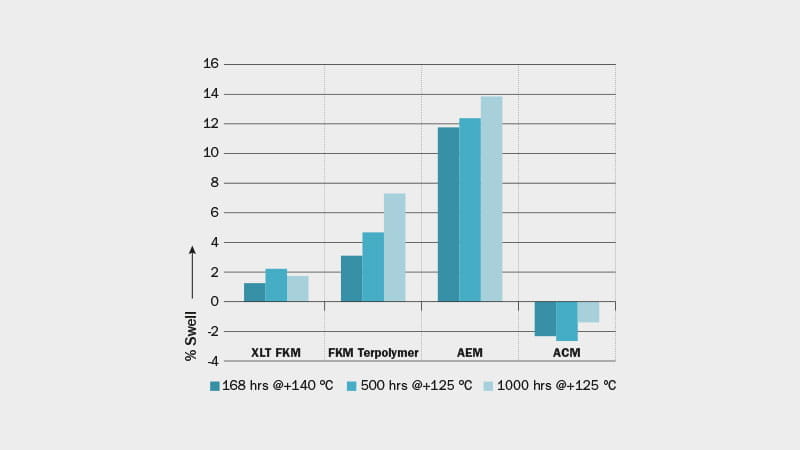