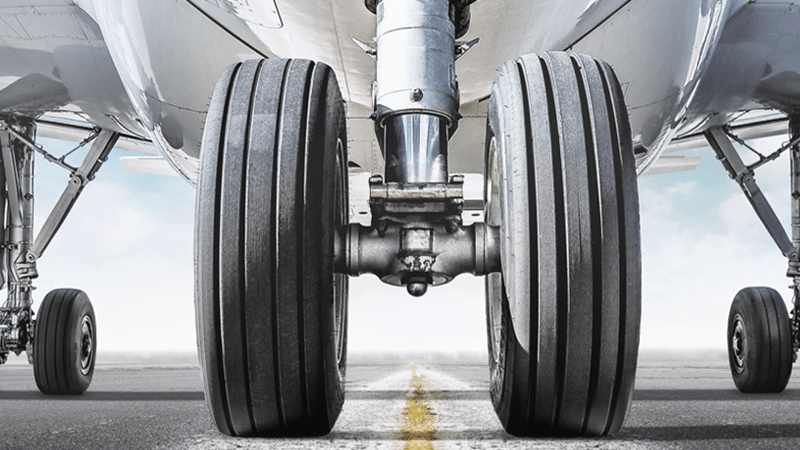 Orkot® advanced composite materials have been specified as standard for challenging sealing and bearing applications for decades, owing to theirproven reliability and unique benefits. Recent advances in material technology have extended the capabilities of the material range into new horizons.-By Jan Sklucki

have their fair share of issues. Some of the key difficulties lie in the intrinsic properties of the material: they are heavy, vulnerable to corrosion, and require external lubrication to reduce friction. Though engineers and manufacturers have worked around these problems for many years, newer solutions are more viable, more cost-effective to produce, and frequently bring advantages that metals can never provide.

"More and more specifications are now moving away from metallic components, taking advantage of the benefits of modern materials," says Shaun Walker, Development
and Process Manager at Trelleborg Sealing Solutions. For example, in hydroelectric power plants, greased bronze bearings have already been replaced with self-lubricating,
fiber-reinforced composites, such as Orkot®. "These support dry-running, increasing lifetime and reducing maintenance while preventing damage to the environment," explains
Shaun. Similarly, in the enormous container ships that ferry goods around the world, reliability and resilience are critical. In addition to the strength required to resist the high forces within the application, they counter the corrosive effects of seawater on the bearing itself, which could then spread to the housing, requiring costly downtime.

High above the land and sea though, thermoplastics find one of their key applications in the skies. Trelleborg's latest material innovation, Orkot® C620, was designed with the
aerospace industry in mind. It's an engineered glass-fiber composite with a low-friction Orkot® lining, strong enough to withstand the high loads of landing gear - and it's light too.

"Reducing weight is a priority for improving the efficiency and fuel consumption of aircraft," says Shaun. Fuel is a significant cost for an airline, and consumption is closely correlated to weight. A study by MIT in 2014 estimated that Southwest Airlines spent an extra $1.2 million per year to allow passengers to each carry a cellphone. To take magazines costs $5.7 million extra and to carry one laptop per person - $21.6 million. These figures show that every gram counts. An urban legend in the aviation industry says that an airline CEO ordered the removal of a single olive from each of the complementary salads, saving $100,000 on both olives and fuel. "Aluminum, steel, and titanium were
the materials of choice, making up the majority of an aircraft. By switching over to aerospace-grade thermoplastics, weight can be reduced by 20%," says Shaun. 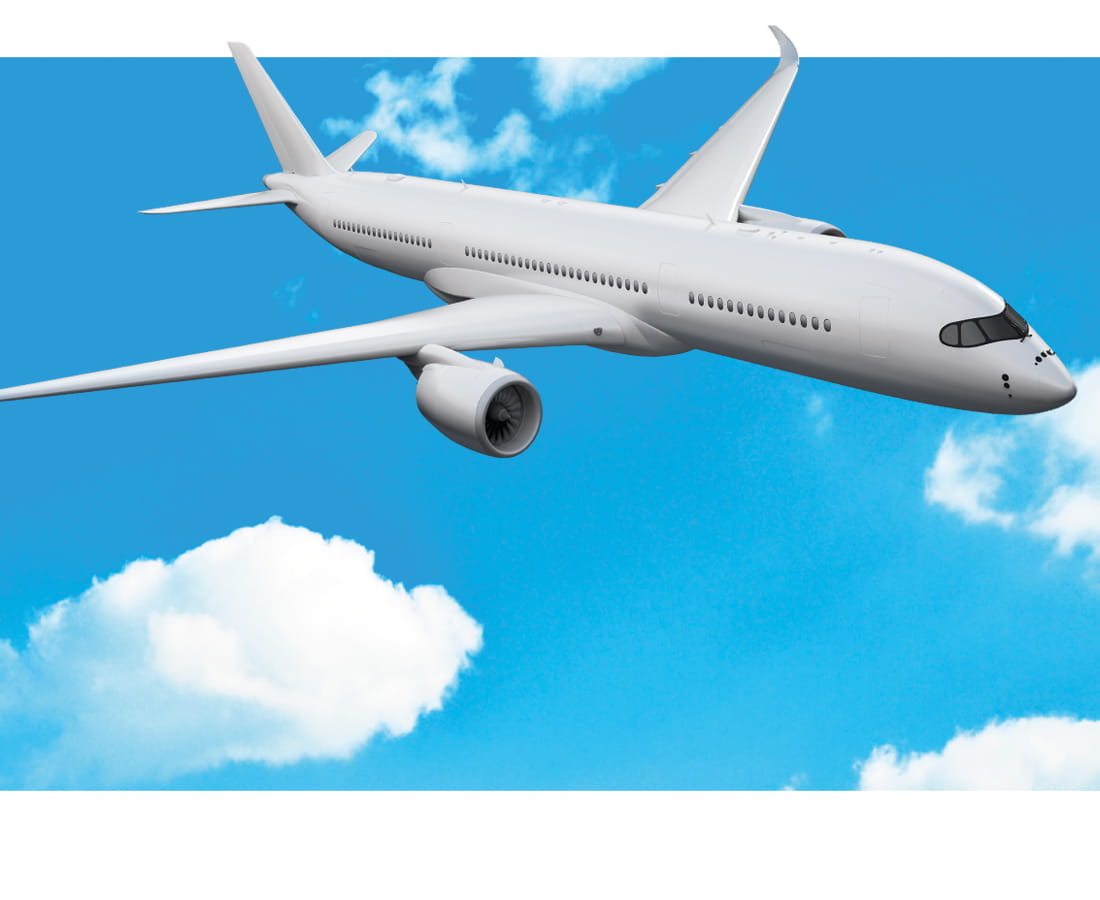 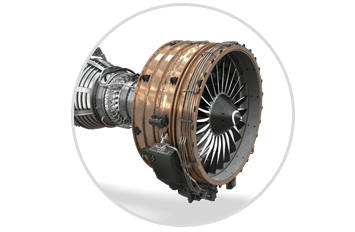 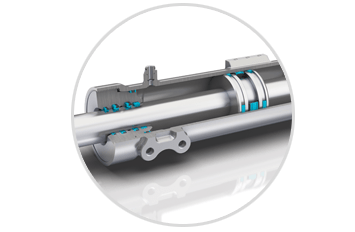 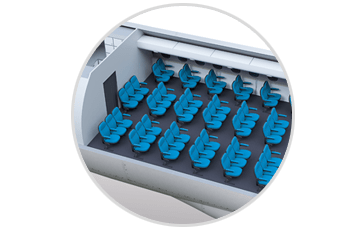 Overhead storage, seats and
anywhere that requires grease-free
lubrication can benefit from Orkot®.

Orkot® is lightweight and strong,
making it ideal for structural
components.
STRUCTURES

Orkot® is lightweight and strong,
making it ideal for structural
components.
“More and more specifications are now moving away from metallic components, taking advantage of the benefits of modern materials”

In 2017, the Australian airline, Qantas, challenged Airbus and Boeing to fly a loaded plane non-stop for 20 hours. It was clear that reducing weight would be one of the only
ways of achieving this. In 2019, Qantas flew from London to Sydney non-stop with 52 passengers on board. The flight took 19 hours and 19 minutes on the QF 7879 Boeing
787 Dreamliner, with passengers seeing two sunrises on the journey. Thermoplastics composed most of the aircraft structure, replacing what previously would have been aluminum.

But weight reduction is not the only factor driving the replacement. Flame retardancy, friction-free operation, and greater design latitude are making manufacturers consider the switch for many different purposes. "When the physical properties are all considered, frequently composites are outperforming metal in applications all across the plane," says Shaun. “A lot of development focus has been on structural elements like the wings and fuselage, but even landing gear bearings are good candidates to switch over to Orkot® C620.”

“Composites are outperforming metal in applications all across the plane”

Over the years, technology for compounding and manufacturing has improved, as have the materials themselves. "Thermoplastics have been thought of in the past as too expensive or not strong enough for many uses across a plane; neither of these statements is true anymore," says Shaun. "When you see not just the costs in fuel, but all the benefits that come along with switching to thermoplastics, it's no surprise that the market is growing so rapidly." 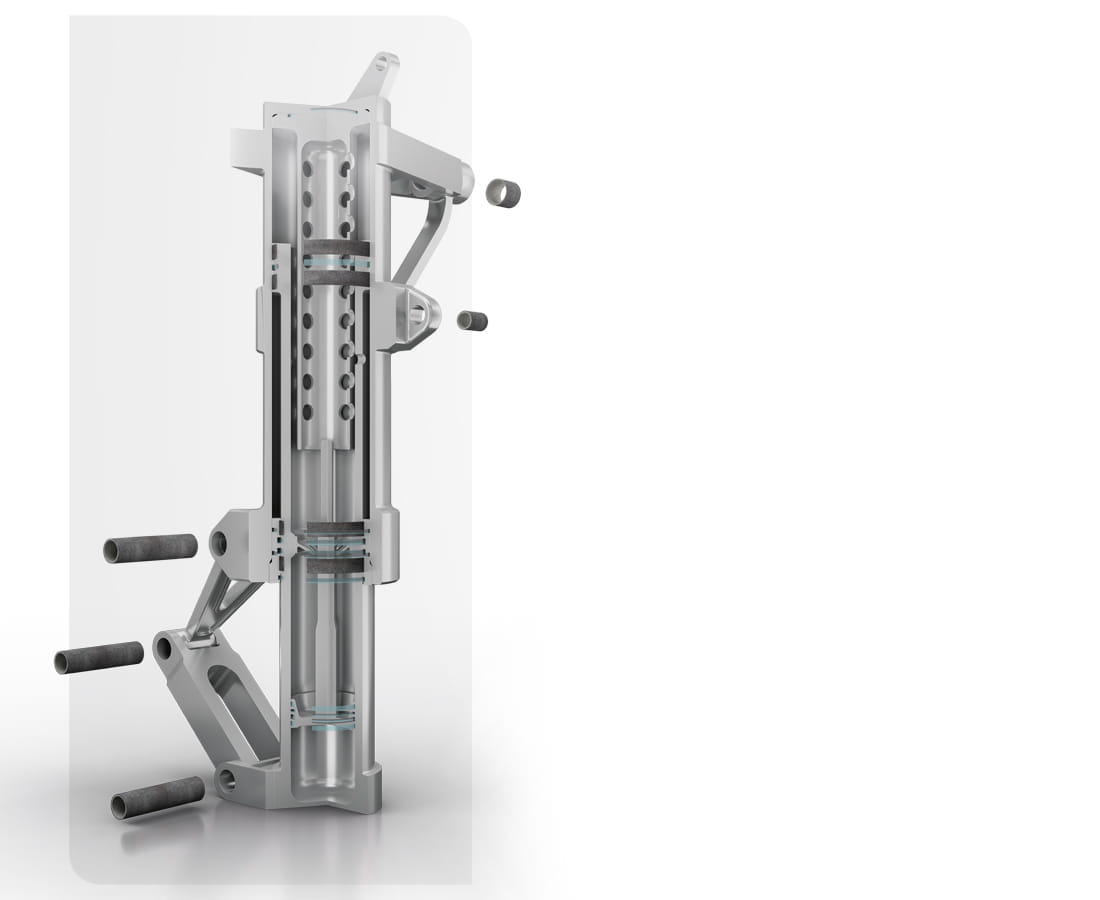 Due to the hidden position of the upper
pin, reliability is critical. The small contact
area, combined with high loading, requires
a versatile material, such as Orkot®.

The high sideloading on lower bearings
mean that Orkot® is the perfect material
to replace standard metallic bearings,
whilst providing other benefits.

Linkages, such as those within the
retracting actuator, require smooth
operation. Orkot® minimizes stick-slip,
while reducing static and dynamic friction. 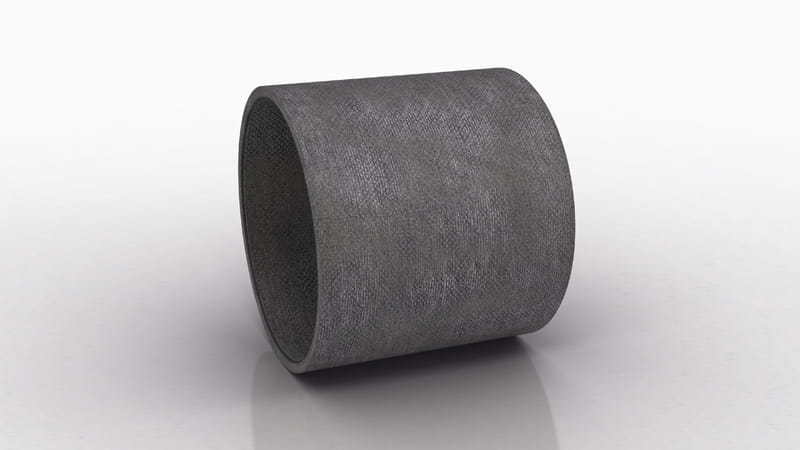 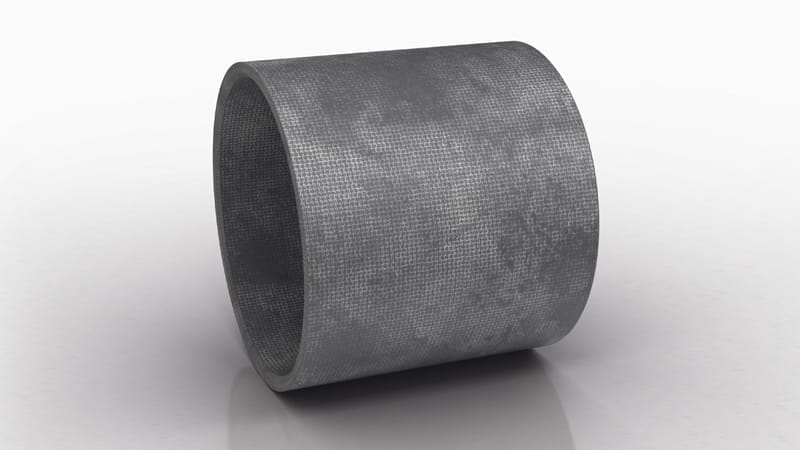 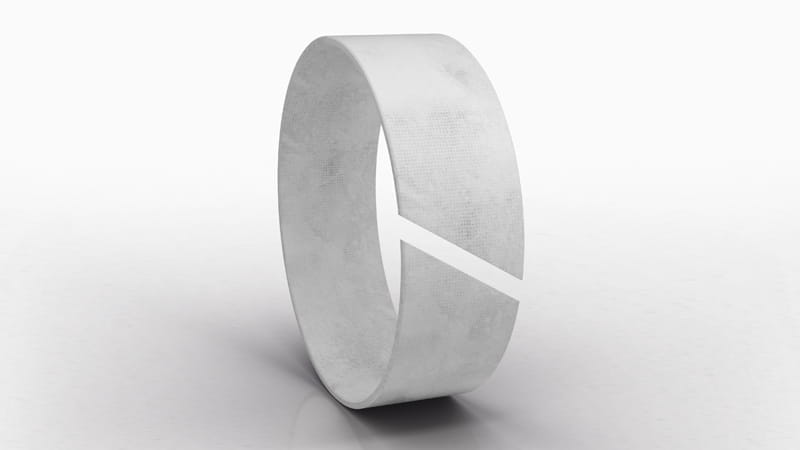 Oleophilic behavior reduces stick-slip and can be used in marginally lubricated positions. 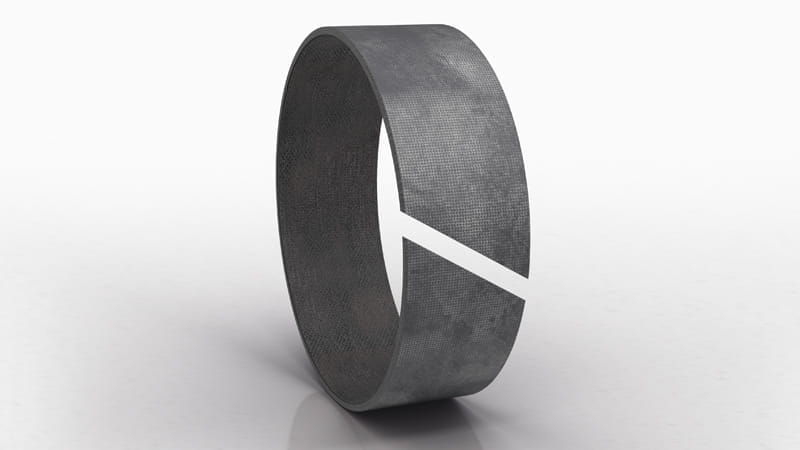 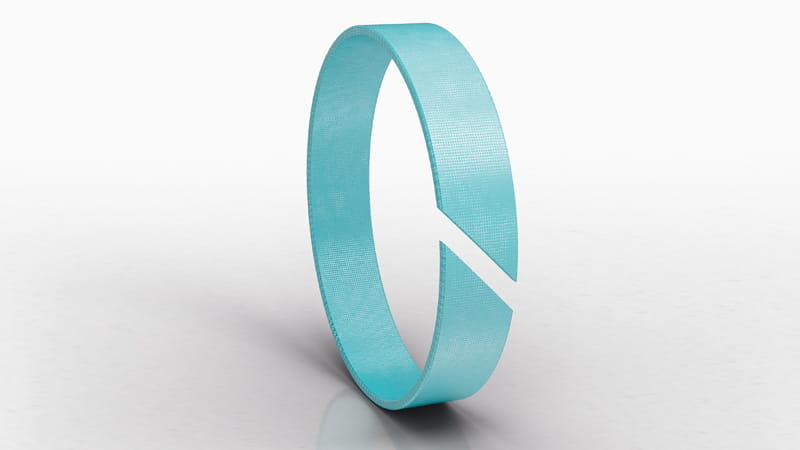