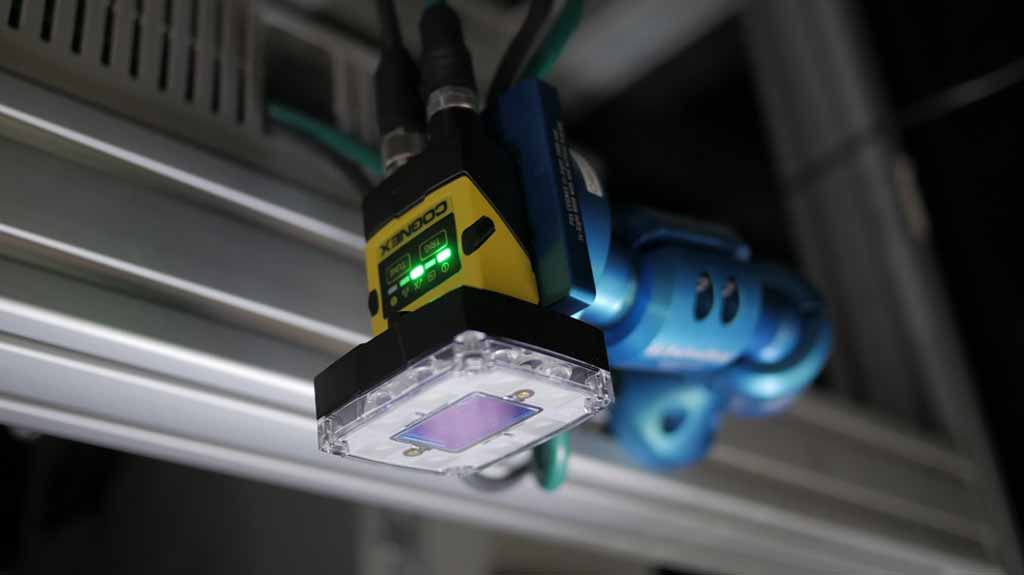 As a key manufacturer of bumper fascia’s for a wide range of automotive cars, every fascia our customer manufactures has specific lights, sensors and cameras, all of which are fully tested by an advanced testing system, before shipping out. They pride themselves on the quality of their testing and documentation processes, boasting top quality designations.

Keen to continuously improve the quality of the fascia’s they manufacture, they need a high quality, high performance testing system, that provides accurate, reliable results.

The customer was unsatisfied with the way their current testing system was performing, particularly the camera test. When each fascia is lifted into position and connected to the test system, there was a delay in each test completing as the system processed the data before the operator could move on to testing the

next fascia. The test was slower than they required, with each camera test taking around 30 seconds per fascia to complete. Reliability of the results was also sometimes questionable.

The manufacturer not only needed a faster, more reliable solution, but any new software would need to be customized specifically for them and seamlessly integrate into their existing testing systems – a challenge Trelleborg was keen to solve.

The goal was to provide a quicker software program, offering improved functionality and testing capabilities that could speed up the camera testing process without disrupting overall production.

Working closely to identify and understand the specific issues and the current test system in place, Trelleborg were able to guarantee that should the new solution not be compatible with the existing testing system or provide the necessary results and improvements, they would remove the additional hardware and software and return the testing system back to its original state, without any delay to the production schedule.

The collaboration between Trelleborg and the customers system engineers supported the creation of a custom-built camera test that would be compatible with the existing test system in place. This partnership ensured any installation issues that arose, were quickly overcome, resulting in indicative bench tests that meant testing of a fascia now took just 7 seconds to complete rather than the 30 seconds they had previously been experiencing. A much faster speed than anyone had expected.

Vicki Kurtz, Vice President, Trelleborg Applied Technologies Toledo, US operation: “Following a smooth installation, we knew the successful bench cycle times may not translate to real speed on the production line. We needed to test the system in a live environment. The first few parts tested failed; we re-tested the previously tested sample parts with success – we couldn’t understand what was happening. It was then we realized the parts we had been given by the customer to develop the new testing system were not the same as the parts they were actually using. “

Trelleborg had a short window of time to resolve the issues and ensure the system could successfully test the correct parts, before the production schedule would be impacted, and the new system had to be removed. Working late into the night and up against the clock, Trelleborg’s response was to ensure they could successfully update the testing software. The camera test – the primary reason for the system upgrade - worked better than anticipated.

Vicki Kurtz, Vice President, Trelleborg Applied Technologies Toledo, US operation: “The test cycle time reduction did in fact translate to the production line. We couldn’t believe the camera test was now only taking 7 seconds, this was much quicker than anyone had anticipated and as well as the improved
camera test, all of the other system tests were also much, much faster than we were expecting.”

By working to understand the unique issues our customer was experiencing, Trelleborg was able to solve very precise problems, supporting innovation and development within the automotive industry.