Sewage overflow is a problem for today, not tomorrow

Deteriorating wastewater pipes are a leading cause of sewage overflows. And with extreme weather putting added pressure on networks, the time for durable, long-lasting solutions is now.

Climate change is often depicted as a far-off threat; something for future generations to worry about. However, while politicians continue to debate how to solve this critical issue, the effects of global warming and changing weather patterns are already being felt close to home.

“Our urban sewage networks are struggling to meet the needs of a twenty-first-century population,” says Laurent Lefevre, Sales Manager for Trelleborg’s pipe seals in the East of France.

“These networks are typically designed for smaller conurbations with fewer people. As the population has grown, the networks haven’t had the investment they need to keep expanding. They’ve become more and more overworked, and this is when problems arise.”

For these older networks, heavy rainfall and flash floods, such as those experienced by Lyon at the start of 2018, are often the straw that breaks the camel’s back.

Structural issues often play a part. “The dimensions of drainage pipes are typically calculated based on the average rainfall levels for that region,” explains Jean-Jacques Merour, Sales Manager for Trelleborg’s pipe seals in the West of France. “It means the standard pipe diameters in the South of France are narrower than those in the North. That’s all fine most of the year, but when you have intense periods of rain, the network is quickly overpowered.”

Furthermore, old-fashioned combined sewers, which are still widely in use in cities around the world, are ill-equipped to handle heavy rainfall or meltwater, resulting in overflows of mixed water and sewage into rivers and estuaries. As weather patterns continue to change and sewage networks age further, these problems are only likely to occur more frequently in the years ahead.

The impact of rainwater mixing with sewage can be devastating on the urban environment. A research program conducted by Lyon’s water authority “le Direction de l’Eau de Lyon Métropole” analyzed the environmental impact of insufficient capacity.

After heavy storms, when rainwater enters the sewer system and water treatment plants reach their full capacity, water is diverted into rivers to prevent it from backing up into homes. That is when fecal pollution in rivers and groundwater occurs.

These sewage overflows can have dire consequences for public health. A study by the University of Illinois at Chicago discovered that emergency room visits for gastrointestinal illnesses rose 13% in the days following extreme rainfall events in towns with combined sewer systems. With most health incidents going unreported, the real impact is thought to have been far greater.

Health issues impact directly on the public. In addition, there are cleanup expenses and emergency repairs, Municipalities often have to count the cost of lost productivity, and, in many cases, depleted fishing and tourism revenues.

While network capacity issues are known to cause urban Sanitary Sewer Overflow (SSO), the situation is being aggravated by the poor state of today’s wastewater networks. An investigation by the US Environmental Protection Agency into the causes of SSO occurrence found that only 7% of overflows were caused by insufficient system capacity, while 27% of SSO’s were due to inflow and infiltration, and 12% caused by pipe breaks.

A solution is at hand

The good news is that pipe cracks, breaks and leaks can be repaired. If sewer networks don’t require expansion or upgrading, this may be a cost-efficient option. But, of course, as Lefevre explains, it is rarely this simple:

“Everyone knows these problems exist, but that doesn’t necessarily mean that everything possible is being done to resolve the issue. Usually, it’s a question of funds: decision-makers are not always willing to spend money on an issue that may only occur a couple of times a year.”

Rather than replacing entire systems, network owners can take measures to rehabilitate pipes, using patch repair methods, cured in place pipe-lining solutions or mechanical seals. Specific sections of the network can then be replaced with stronger, long-lasting solutions, to prevent breaks or leaks in critical areas and increase system capacity.

All too often, the pressure on municipalities and network owners to conserve taxpayers’ money takes precedence. Projects are delayed and robust – but more expensive – solutions are rejected in favor of cheaper options.

“What non-specialists sometimes struggle to understand is that not all sealing materials are alike,” says Merour. “To be able to withstand intense pressure year after year, the rubber in pipe seals needs to be of a very high quality. That is why we continually improve our compounds and are having them tested by third-party agencies.”

According to Gilbert Tiezzi, Communications Director of Centre d’études et de recherches de l’industrie du béton (CERIB), one of the most common causes of concrete pipe breaks is when installers put lubricant on the bell of the pipe where pipes connect, instead of on the spigot. Once the front end of the spigot has rubbed the lubricant away, concrete is left to grate against concrete, causing it to loosen and crumble.

During heavy rainfall, groundwater mixes with the loose material in the pipe, turning it into a kind of concrete ‘milk’ and leaving behind exposed cracks and holes in the joints of pipe. The problem is easily prevented with the use of pre-lubricated seals. The added expense of this solution means that contractors are hesitant to invest in this option when it's not specified.

A drop in the ocean

Increasingly, municipalities and water board authorities are starting to realize the importance of thinking long-term and finding new ways to address the problem of fluctuating rainfall and excess water. Salisbury, Australia, for example, is using technology to ‘harvest’ stormwater by saving it up for irrigation and industrial uses during dry spells.

Similar techniques are being pioneered in France. In 2017, the Direction de l’Eau de Lyon Métropole launched Project Ville Permeable, a sustainable approach to dealing with the city’s surplus water issues. The concept is based on the idea of ‘la ville éponge’, the city as a sponge. Rather than being flushed out with storm drains, rainwater is contained within the city and prevented from turning into unusable waste.

The program relies on significant investment, including using precast concrete to store rainwater and make it suitable for re-use. Crucially, the long-term advantages of making these investments may well be a drop in the ocean compared with the cost of dealing with future overflows and contamination. As one member of the project team put it: “Nous n’avons pas assez d’argent pour faire pas cher”or in English "We don’t have enough money to do this on the cheap."

Trelleborg’s pipe seal products, which include installation and rehabilitation solutions for concrete and plastic pipes, as well as manholes and connectors, are built to last, guaranteeing watertight seals for decades to come. Our materials are designed for a long-term service life of more than 120 years. 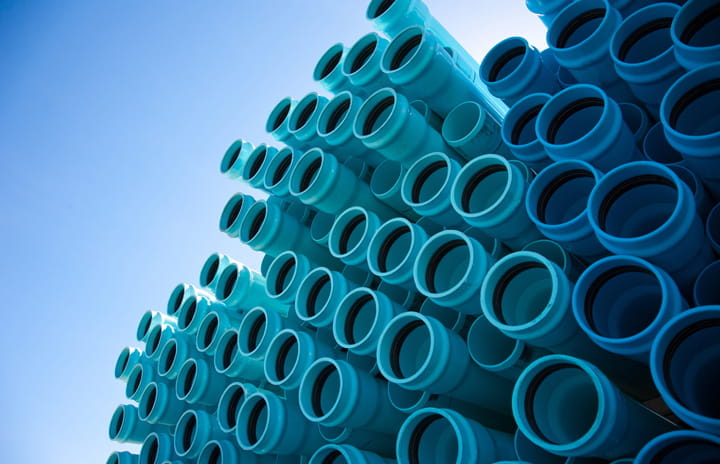 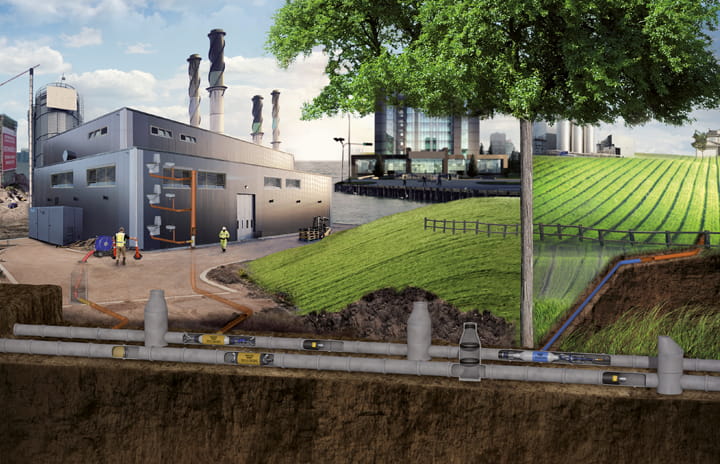