Cleaning up our oceans…before it’s too late 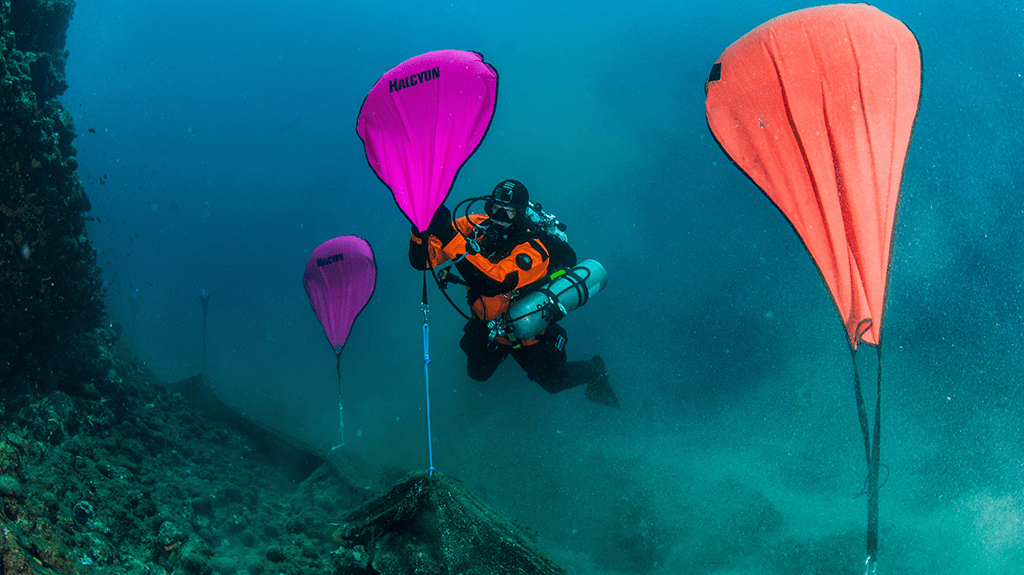 Trelleborg Helping Clean Up Our Oceans

Distinctive pink lift bags made by Halcyon Dive Systems are being used to retrieve abandoned ghost nets and other plastic waste from the world’s oceans. The special fabric for the bags was developed by Trelleborg.

Trelleborg materials are renowned for being present in a huge range of technologies and environments worldwide, but sometimes they can be found in the unlikeliest of places that surprises even Trelleborg itself.

Recently, while watching a television news report about removing plastic waste from the oceans, Rick Anderson, a General Manager within Trelleborg Industrial Solutions, noticed something familiar: the bright pink lift bags being used for the task contained a polyurethane coated fabric that had been produced by Trelleborg.

“I was very surprised. I had no idea our coated material was being used to help pull up ghost nets in the ocean,” says Anderson, who is proud that Trelleborg can make a contribution to help address what is a growing problem.

Ghost nets: the bane of the seas

How Halcyon’s dive bags aid the war on ocean plastic

“There’s a tremendous amount of plastic out there -- wherever you look, wherever you go, you’ll find plastic, even in the Arctic,” says Mark Messersmith, Chief Operating Officer of Halcyon Dive Systems. Halcyon has for many years been providing equipment like the dive bags Rick Anderson spotted in the news report to Ghost Fishing teams that work around the world to dredge the discarded nylon nets from the sea.

Trelleborg provides about 9,000 yards of polyurethane laminated nylon fabrics to Halcyon each year for use in dive equipment, such as the lift bags used to recover lost nets in Ghost Fishing projects.

Since 2002, Halcyon has been using products from Lamcotec, a company acquired by Trelleborg in 2018. Based in Monson, Massachusetts, in the US, it was founded in 1986 by Dick Anderson and his son Rick, and specialized in coated nylon fabrics for life-saving equipment, such as dive gear.

Ghost nets are commercial fishing nets, some the size of football pitches, which have been lost or abandoned by a fishing vessel and remain in the sea, continuing to catch and kill fish and other forms of marine life.

Until the middle of the twentieth century, most commercial fishing nets were made with natural fibers that rotted quickly if lost at sea. However, from the early 1960s, synthetic material such as nylon was used that is not naturally biodegradable and can last in the ocean for up to 600 years.

It is estimated that more than 100,000 whales, dolphins, seals and turtles become caught in abandoned ghost gear[1]. Alternative nets are being developed that are manufactured from biodegradable monofilament.