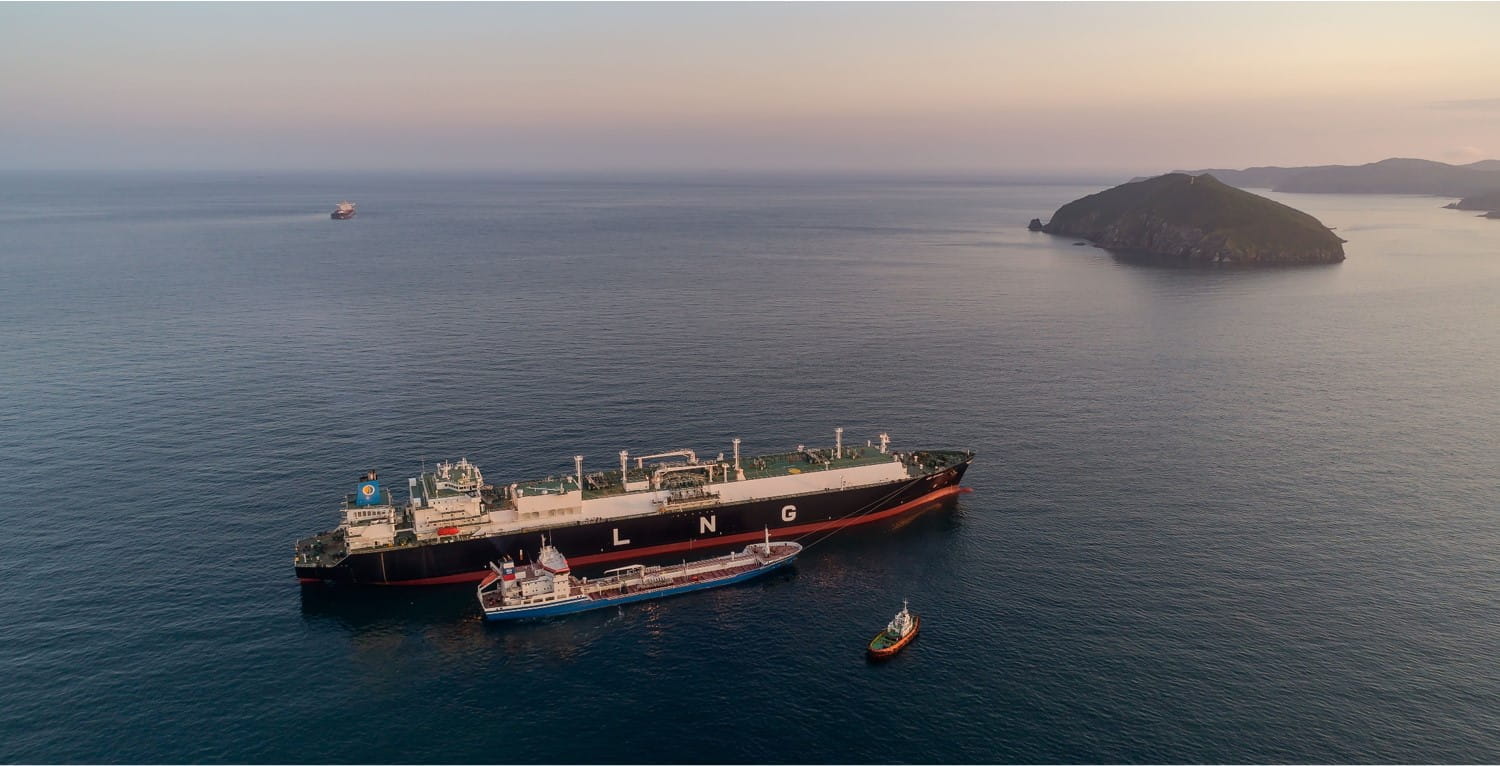 Mooring a vessel is a trivial matter, nor is it particularly safe, the mooring loads holding the vessel to the berth are all held within the mooring ropes, and the failure of a mooring line will result in a lot of tensile energy being released in a very short period of time. Technical Director at Trelleborg's marine and infrastructure operation, Andrew Stafford, explores how Mooring Equipment Guidelines Issue 4 (MEG4) has highlighted the importance of having access to accurate data on the condition of mooring equipment to ensure its safety and longevity on vessels, the incompatibility of legacy infrastructure and the alternate solutions to keep this important interface operational within the fleet.

Following several incidents, OCIMF updated their flagship mooring guidelines in 2018 to the 4th edition to include actions around mooring safety. Mooring ropes on larger vessels are currently in the process of being updated throughout the shipping industry to reduce the use of steel wires and replace them with equivalent, safer, synthetic ropes such as those constructed with HMPE, whist these newer designs are inherently safer under snapback conditions, knowing the status of a mooring line, its operational history and safety inspection records are key to ensuring the safe continued use of the mooring rope.

Whilst there are various mechanisms used to keep a record of the usage of the mooring ropes, LNG carriers have a unique feature whereby a dedicated hardwired communication cable between the jetty and vessel allows for a data transfer channel to be implemented to send accurate mooring load data for each mooring rope to be sent to the vessel where it can be used not only to manage the safe mooring and continued cargo operations, but has the potential to be used to record the duty data of the mooring ropes to keep accurate records of the ropes’ usage.

The usual causes of disruption to mooring at a berth include tidal change, strong berth currents, significant wave events, wind, ballast vs. loaded draft and winch slippage. The issues are also not just limited to the risk of ropes breaking, a vessel moving along or away from the intended jetty position could affect the loading systems, especially marine loading arms which have a limited operation window that could easily be exceeded if a vessel moves excessively from the required position.

Pre-tensioning of mooring lines is important, it ensures that ropes have a minimum load applied so that the mooring lines are set to an optimum tension where all the slack and material stretch are removed from the mooring rope materials. Quick release (mooring) hooks (QRH), can accurately measure the mooring lines tensions by utilizing a simple strain gauge in the hinge pin of the hook assembly.

This allows the terminal operators to have a full overview and control of the vessel mooring condition. One major issue however is the fact that the winches to control the line tension are located and controlled onboard the vessel. If this data were available to the vessel, they could manage the mooring actively.

Unfortunately, there is a misconception that mooring load monitoring (MLM) data availability onboard LNG carriers ‘comes as standard’ or is even trivial to implement. There are many ways that data can be transferred between the jetty and vessel, and even these have multiple alternates of implementation that can cause incompatibility. The primary systems used to transfer MLM data are via the SSL.

The ship-shore link (SSL) is capable of transmitting MLM data directly over the link in either fibre optic or 37w electric modes. This data transfer is usually displayed on a dedicated PC in the cargo control room. The PC will require an application to be installed which can read the data transmitted by the terminal. There is no single repeater application that includes all terminal data layouts as each terminal is unique in terms of its mooring layout, met-ocean availability and so on. Therefore its data transmission is unique in terms of the data points it sends. There is actually no reason why this PC can’t have multiple MLM repeater software programs installed on it.

Historically (in Japan) the original MLM repeater systems produced by Yokagawa utilized ‘YEWMAC’ computers which used floppy disks to directly run applications. The YEWMAC data protocol is a very simple ‘POLL’ and ‘REPLY’ interface. The vessel is expected to send a correct POLL data string within a maximum time frame. If the POLL matches the terminal data requirements, the terminal will respond with a data transfer of the terminal specific live information. Typically this is repeated on a 30 second cycle. On the vessel, the data received can include status conditions that can be used as a status alarm.

As well as YEWMAC format, other solutions include bespoke messaging arrangement which can include alternate software communication handshaking and encryption to enhance data security. These terminals will have a specific decryption key and software installation available for visiting LNGCs to install on their onboard hardware, which in effect is a similar arrangement to the original YEWMAC PC floppy disk. The terminal will send data at pre-configured intervals, typically faster than the 30 second YEWMAC style, and a repeater application with a matching security key will be able to read and display the data.

Basically to utilize the SSL and existing infrastructure, the transmission of data between terminal and LNGC is a simple 1200baud RS232 serial data link. However, to accommodate the specific link interfaces, certain modems and converters are required and will be detailed below for the specific link types.

In order to take the RS232 serial data and send it via the fibre link, it first needs to be converted to a suitable telecom signal via a modem. For the purposes of existing terminal and fleet compatibility, these modems have a specific protocol matching the original NEC DATAX V.23 modem protocol. The original modem is no longer manufactured, however compatible modem solutions are available.

The modulated data signal is sent over the link channel, where it is received, demodulated by a similar modem, and presented out as the data in the original RS232 1200baud format. So long as compatible modems are used, and the terminal QRH system and the vessel repeater application are capable of interfacing to the modems, then the data channel is transparent in terms of the ship to shore link. Similar to the fibre solution, the electric solution simply converts the RS232 signal via MTL3058 equivalent converters into a format capable of being transmitted over longer lengths of cable that RS232 allows.

The vessel repeater used by Trelleborg was originally developed to be able to read data at the Japanese terminals which was a requirement in the LNGC build specifications issued by the Korean shipyards. The development involved sending engineers to all terminals in Japan onboard trading LNG carriers in order to ‘sniff’ the data of existing systems to be able then to reverse engineer the communication protocol to produce a PC application capable of fully communicating at the Japanese terminals without generating any connection alarms. As Trelleborg also produces quick release hook mooring systems, it was simple to add the various jetty data profiles into a single application for installation onboard LNG carriers.

Thanks to continuous development of this software, as well as having the capability of displaying the real-time, functionality was added to record each piece of data received to allow off-line review of the mooring at a later date. This repeater coupled with the full terminal database is one of the most complete MLM repeater solutions in the world.

Recently there has been a noticeable shift to alternate trading practices within the LNG sector which have led to some novel mooring solutions involving multiple assets with active equipment installed.

The introduction of floating storage based applications has changed the understood concepts of both SSL and QRH from traditional LNGC type applications. The addition of more complex process ESDs, telecom and data requirements, along with the new mooring arrangements of double banked vessels undergoing cargo operations has led to new and novel solutions being applied, and the situation is still fluid with new functionality being requested on newer projects.

The MLM repeater requirement here is exactly the same as for standard terminal to LNGC. The LNGC is the lowest common denominator in these applications. The LNGC needs treating as a vessel equipped with industry standard interfaces only, an LNGC should not have to install any additional equipment if it is trading with an FSRU.

If the FSRU is equipped with QRH and with a requirement to transmit MLM data to the LNGC via SSL it must have the standard shore interface of a V.23 modem and an RS232 data source.

FSRU to jetty interfaces have a subset of issues that could be catered for depending on the application:

The digital link adds an ethernet channel which is capable of bulk data transfer from multiple sources. In the 37w electric mode, there is also an ethernet option available, but this is via ‘ethernet extenders’.

There are situations where an FSRU would read the data from the jetty QRH system and add them to the FSRU-LNGC QRH arrangement to create an overall view of the mooring. By using the ethernet channels on the SSL, this can be done either with direct ethernet connection or via serial/modbus interfaces so the jetty data is received by the FSRU, the FSRU can then create the holistic overview and resend that data back to the jetty over the ethernet lint and/or send the MLM data to the LNGC via the standard interface.

To conclude, as the mooring tension data can be received by the LNGC using standard equipment, it opens up the possibility to log and use the data as part of a rope management system. These systems could be used to simplify the current methods of rope management, and would even allow for accurate, operational data to be used as part of the required recording programs.

There is certainly scope for the mooring load monitor repeater system to not only be simplified in terms of jetty compatibility, having non-standard and different POLL strings in an open communication standard is not helping the industry, but just having this data channel available could allow for additional functionality to be applied.