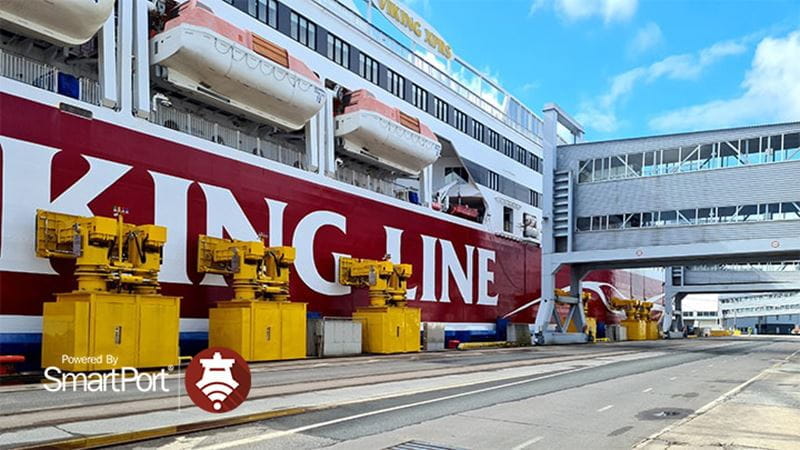 Trelleborg’s marine and infrastructure operation has successfully completed the installation of its rope-free automated mooring system, AutoMoor, at the Port of Tallinn’s Old City Harbour. This is the largest harbor in Estonia and one of the busiest passenger harbors in the world.

Richard Hepworth, President of Trelleborg’s marine and infrastructure operation, said: “Trelleborg is honoured to have been selected by the Port of Tallinn to automate mooring operations at Berth 13, facilitating the international ferry port in becoming not only one of the most efficient and safest terminals in the world, but one of the most sustainable. With ports operating in highly competitive environments, maximizing the efficiency and safety of mooring operations, while supporting the decarbonization of ports by reducing the time vessel engines run at berth.”

Peeter Nogu, Chief Infrastructure Officer at the Port of Tallinn, said: “Berth 13 will service large passenger ferries from Finnish shipping companies including Viking Line and Eckero Line, on the Tallinn to Helsinki route across the Gulf of Finland, our busiest route. With its unrivaled experience in delivering time-critical and high profile projects, we’ve no doubt Trelleborg is the ideal partner for us and that its AutoMoor system will prove its worth in future-proofing mooring for peak performance at the berth over the coming years.”

AutoMoor addresses every indicator of port efficiency, from berth occupancy and turnaround time, to crew labor and long-term capital investment. With traditional line mooring taking up to 15 minutes, AutoMoor can reduce the entire berthing process by securely mooring vessels in under a minute and releasing them for departure in just 30 seconds, enhancing berth capacity while reducing infrastructure and operational costs. AutoMoor minimizes safety risks through remote operation, removing the need for a mooring crew with rope-free and hands-free mooring.

AutoMoor enables ports to cut emissions, aiding port-wide decarbonization by saving time and engine power due to the reduction in mooring time. AutoMoor’s passive damping system enables the control of vessel movement without using power to operate the unit, while it’s superior lip seal means less frequent running of vacuum pumps. With AutoMoor in operation, ports are able to reduce CO2 emissions from the vessel. Trelleborg’s AutoMoor T40 Twin Arm has two mooring arms that can operate in sync or independently to provide flexible mooring of vessels with varying hull profiles and enable ports to accept a greater range of vessel types. The AutoMoor T40 Twin Arm has a compact footprint allowing for installation in limited spaces including between gantry rails and the wharf edge.

The AutoMoor installation is part of the TWIN-PORT 3 project being co-financed by the EU Connecting Europe Facility (CEF), a collaboration between Tallink, Viking Line and Eckerö Line, the ports of Tallinn and Helsinki and the City of Helsinki. As part of the project’s total budget of 61.2 million EUR, the Port of Tallinn is investing a total of 15.8 million EUR.

Trelleborg’s AutoMoor solution is part of Trelleborg’s SmartPort portfolio. SmartPort powers the critical interface between ship and port, on land and at sea. It connects port operations, allowing operators to analyze performance and use data to improve decision making. The system integrates assets like fenders, mooring equipment, ship performance monitoring, and navigation systems, underpinned by cloud and Internet of Things (IoT) technologies.