A Good Flight Ahead 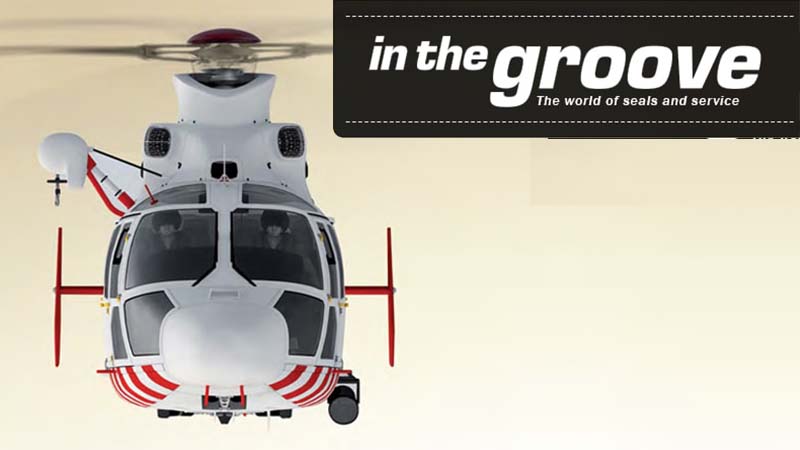 Trelleborg Sealing Solutions is the leading supplier of sealing systems to the aerospace industry. To continue to serve our customers effectively, its vital that we continuously evolve our range of seals for aircraft inline with the latest demands from our customers. Here is a round up of some recent additions to our offerings. -By Donna Guinivan 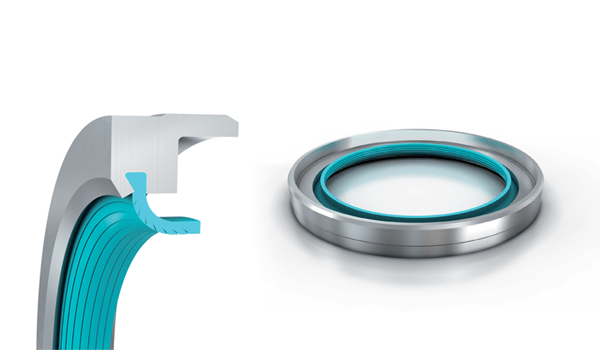 Keeping up with faster speeds

The Turcon® Varilip® PDR RT rotary shaft seal has been developed to meet the ever-growing demand to provide seal integrity at the increasingly higher rotational wing speeds of rotary wing aircraft. The seal is an integral part of the gearbox assembly and is critical to the reliability and performance of the aircraft.

Torben Andersen, Trelleborg Sealing Solutions Director of Aerospace, said: “This project started several years ago, when we wanted to find a seal that would provide a better performance at very high speeds, specifically for rotary wing aircraft.

“We knew that at high surface speeds, ensuring that essential lubrication is maintained was a major challenge and any leakage would compromise the operation of the aircraft. That’s why designing a seal that outperforms anything that’s currently out there was so vital.

During the development of the Turcon® Varilip® PDR RT rotary shaft seal, Trelleborg designed and commissioned bespoke high speed test equipment capable of running at speeds of up to 24,000 rpm and a test program that closely followed the way rotary wing aircraft gearboxes work. This allowed developers to ensure that the seal met highly demanding application requirements.

The team also experimented with a number of different lip materials, marrying them to various seal designs and investigating the best lip geometries and lip features to select the correct profile and material.

A revolution in rotary sealing

Torben added: “The Turcon® Varilip® PDR RT rotary shaft seal is a breakthrough. We’ve developed a process that facilitates a seal with less torque, friction and heat to reduce maintenance; one that will radically improve the reliability and boost the performance of rotary wing aircraft.

“For many years there has been a standard version of the Turcon® Varilip® PDR – but this new seal operates effectively with less power and is therefore more efficient. We’ve optimised the design so it can run on a range of surface finishes and coatings, including ceramics.”

Learn more about our sealing solutions for Aerospace 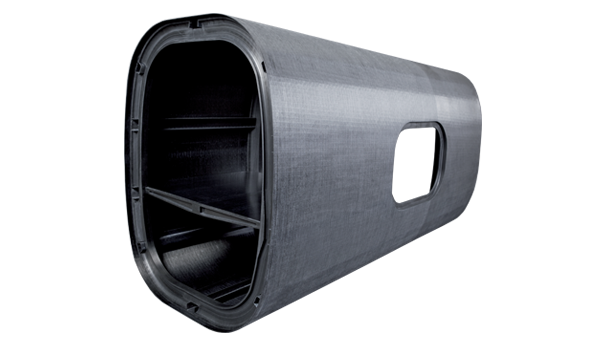 WHAT IS A ROTARY WING AIRCRAFT?

A square option for the cold

Trelleborg Sealing Solutions has developed a range of square elastomeric seals for use in cold temperature applications in landing gear and other static sealing applications that are exposed to thermal extremes. All are suitable for use in sealing grooves complying to the AS5857 standard for aerospace static seal glands.

Brian Bowen, the Trelleborg Sealing Solutions landing gear seal specialist, says: “Due to long-term exposure of seals to low temperatures during long flights and a high degree of deflection of hardware, there have been instances where aircraft landing gear has developed leakage from static seals. Our new Turel® Square Ring seals are highly squeezed radially and have an optimum sealing contact footprint to eliminate potential leakage. This is combined with high precision manufacturing processes that maintains very tight tolerances, contributing to enhanced low temperature performance.”

In addition to landing gear, the Turel® Square Ring can also be used in other low temperature applications such as aircraft spoilers, hydraulic transfer tubes and valve end caps, as well as in drones that typically fly at high altitudes for prolonged periods of time.

The new series of Turel® Square Ring is available in all the Turel® materials and can be combined with Turcon® PTFE-based Back-up Rings.

“We’ve been manufacturing thermoplastics for decades, focusing on continually improving the process.”

ROB LANGONE, General Manager of Trelleborg Sealing Solutions in Albany in the U.S.

Aerospace moving to composite use

Rob Langone, General Manager of Trelleborg Sealing Solutions in Albany in the U.S., previously Automated Dynamics, said: “We’ve been manufacturing thermoplastics for decades, focusing on continually improving the process. Historically, the aerospace industry has favored thermoset products, but we’re seeing a migration towards thermoplastic composites. This is because thermoplastic composites offer many advantages over their thermoset counterparts, including inherent flame retardancy, high degrees of impact toughness, low moisture absorption, and the ability to be stored at room temperature indefinitely.”

The thermoplastic composite process involves an AFP machine and proprietary software to gauge heat and pressure as raw materials are laid down layer-by-layer. Little time is needed to produce a fully consolidated laminate, and any post-processing steps such as autoclave curing are eliminated. As this is a true Out-of-Autoclave (OOA) process for continuous-fiber thermoplastic components, it has proven to be 30 percent more cost effective when compared with existing production methods.


If you’re involved in design and engineering of components for aircrafts, find out what Trelleborg Sealing Solutions has to offer by visiting www.tss.trelleborg.com