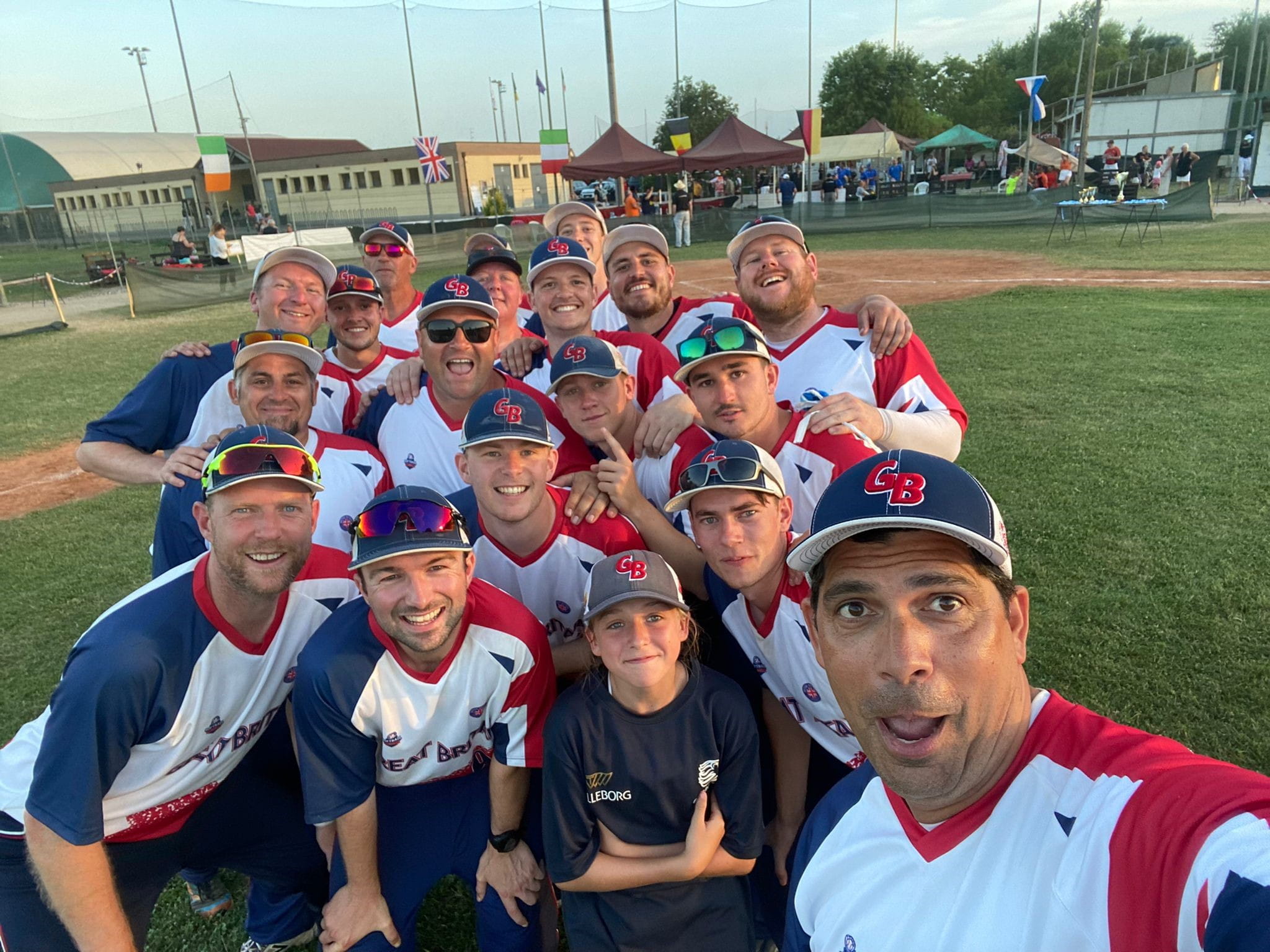 The Great Britain Mens Slowpitch Softball Team were successful in winning the 2022 European Championships held in Parma Italy, from the 14th June to the 18th June. In an amazing final, GB were victorious by 47-31 runs, beating an excellent Dutch team to cap of a fabulous week.

Trelleborg’s Roger Grooms (Purchasing Manager for Trelleborg AVS in Leicester UK), was the starting pitcher in the final for the Great Britain team in the semi-final win over Germany. The final watched by thousands online via streaming platforms.

Trelleborg sponsored the training tops for the Great Britain team, which were worn throughout the whole week. Roger Grooms commented “This was another fabulous week of playing a sport I love. To take home the Gold medal is always something that makes you feel extremely proud. The support of Trelleborg in the sponsorship of the tops is a big help, as predominantly, as players we all pay to play. The team was very appreciative of the gesture”

For anyone who wishes to see what this sport entails, the final in all its glory (if you’re from Great Britain) you can watch it here