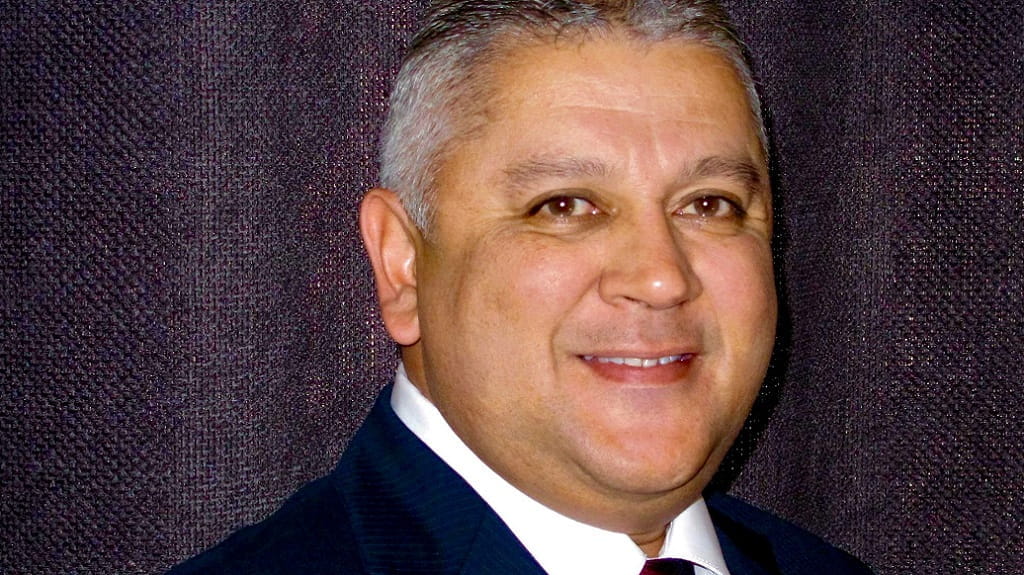 Blanket coverage in South Africa
In the fifth of our articles about Trelleborg’s partners for printing solutions, Wayne Stevens, managing director at Thunderbolt Solutions in South Africa, explains why he was so delighted at being appointed a key distributor for the Vulcan offset blanket range.

“There are some brands in the printing industry that are so synonymous with quality and reliability … you could even say respectability … that when the opportunity comes along to represent one you grab it with both hands,” says Wayne Stevens, who joined Thunderbolt in 2003 and became managing director in 2014. “The Vulcan offset blanket is one of those brands and when Trelleborg approached us in 2015 we were very keen to add this name to our list.”

Thunderbolt, which was founded in 1999, is one of South Africa’s leading suppliers to the industry, offering a comprehensive range of equipment from pre-press to finishing, plus consumables, software, spare parts and pre-owned equipment.

“We are extremely careful in how we choose partners and deliberately keep our product portfolio focused on manufacturers that are leaders in their field. This means that we can ensure our engineers and technicians are highly trained and able to provide first class support to our customers using those products.”

Since becoming part of Trelleborg’s distribution network in November 2015, Thunderbolt has been gradually extending its customer base of Vulcan blanket users, with an increasing number of printing sites running successful trials. These range from independent sheet-fed commercial printers to packaging groups, commercial heatset and coldset newspaper printers.
“For several years the industry in South Africa has been beset by a multitude of issues and there are few signs of this changing in the near future. Many printing firms have closed, amalgamated or been taken over, while there are pressures on costs at every single stage of production.

“The exchange rate between the South African Rand and the Euro makes big equipment purchases from European manufacturers extremely difficult. At the same time, the never ending move to shorter runs and the demands for ever faster turnaround of work means that printers have to ‘work clever’ as never before.

“It is exactly in a scenario such as this that something like the Vulcan blanket can provide a huge benefit in helping printers make their presses more efficient to operate,” says Wayne Stevens. “We’ve seen this time and again over the last twelve months, since taking on the Trelleborg distributorship.

“When a printer fits a much more robust offset blanket on his press - achieving better resistance to smashes and edge marking plus consistent top class reproduction - he can often see an immediate and significant increase of productivity and profit. By reducing downtime caused by blanket changes our customers are experiencing real improvements to throughput on the shopfloor.”

The Vulcan blankets sold by Thunderbolt are manufactured at Trelleborg’s factory in Italy where the company operates state-of-the-art solvent-free calendering facilities. The blankets are converted at Trelleborg’s French factory, where they are cut and fitted with bars to the exceptionally high standards employed throughout the group. Trelleborg is one of the world’s leading offset blanket manufacturers, and has been a pioneer in this field for many years. Matthias Horn is regional sales director for Trelleborg Printing Solutions.

“The reputation of Trelleborg and its products means a great deal to us and so we only choose partners that guarantee the highest level of quality service, commitment and expertise, combined with the ability to serve the geographical area that we wish to supply,” says Matthias Horn. “Countries such as South Africa are obviously a long way from our European headquarters and manufacturing plants, so we need to know that there is a competent team on the ground who can handle issues and queries if they arise.

“Thunderbolt meets all of our criteria and we’ve had a very good experience of working with Wayne and his team during the last year. One of the main challenges in any market that is under stress is in convincing potential users that the benefits, and opportunity for increased profit, far outweighs the extra cost of a premium blanket.

“It’s usually by testing the Vulcan products themselves that printers see this is true and there have been some significant improvements in sales over the last year as well as growth in areas such as heatset web offset, which is very encouraging. We know our Trelleborg users are in good hands!” says Matthias Horn.

Thunderbolt has premises in Johannesburg, Cape Town and Durban and holds stocks of Vulcan blankets at each site, in order to ensure a fast delivery to customers.

“One of the advantages of dealing with a global corporation such as Trelleborg is that they can see trends occurring around the world,” says Wayne Stevens. “It may be some time before certain technologies are implemented in South Africa, but having that far sighted view of what is over the horizon is useful.

“This last year has been an excellent start to representing Vulcan blankets in our local market and we’re very excited at the potential. During November Trelleborg and Thunderbolt will be meeting with key South African printers to discuss in further detail how we can help to improve the productivity of their offset presses.”