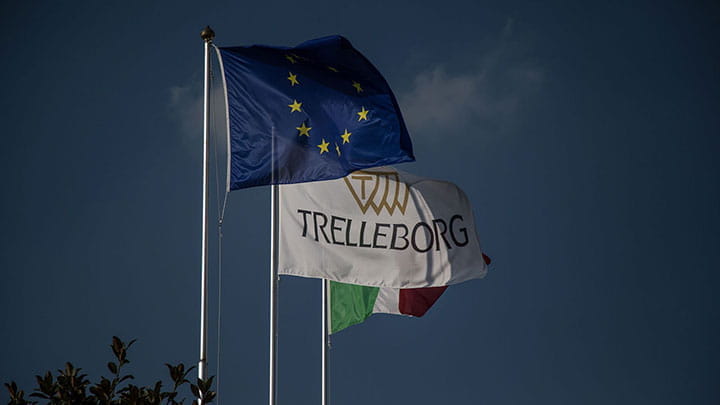 It has been 3 years since Trelleborg Coated Systems enjoyed the Workplace Health Promotion program. The goal of the project is to improve employee conditions in the workplace (and elsewhere), producing both social and business benefits.

The WHP project started in 2014 when Trelleborg focused on issues such as proper nutrition and opposition to tobacco smoke in the Lodi Vecchio - Italian facility. Our aim has been to inform employees about the benefits they would reach choosing a healthy lifestyle. Actually, as Dario Porta, Trelleborg Coated Systems President, said, the informative stage was just the first step to raise awareness concerning the smoking issues and health attitude.

The communication materials developed for the health campaign appointed all of the production department employees, clerical staff and Group directors. All the staff members were invited to meetings, led by an expert from the Lodi Vecchio Health Authority.

In the same year, the company received its first recognition by the “Regione Lombardia” (Lombardy Region) for the WHP project.

The year after, on 22 November 2015, Trelleborg was awarded for its commitment to improve sustainability in the workplace during the 70th anniversary celebratory event for Assogomma, the association which represents Italian rubber goods-producing companies. During 2015 as well, promotion activities were sustainable mobility and opposition to alcohol addiction.

The path of WHP project led Trelleborg in 2016 with new promotion campaign for a safe lifestyle. Healthy diet, smoke-free workplace have still been two of the main points, but the promotion has been focused also on physical activity. In this field, “Biking to work” has been a new initiative launched in July that encourage the commuting to work by bicycle in order to improve an active lifestyle.

On December 2016, Trelleborg Coated Systems was confirmed as a “Company that promotes Health” for the WHP program, during an event that took place in the precious Aula Magna of the University of Milan.

Trelleborg effort to improve sustainability has been recognized and awarded for 3 years and our commitment continues, thanks to the HSE office and its manager, Gianlorenzo Ferrari, who is developing activities and has been coordinating the project.