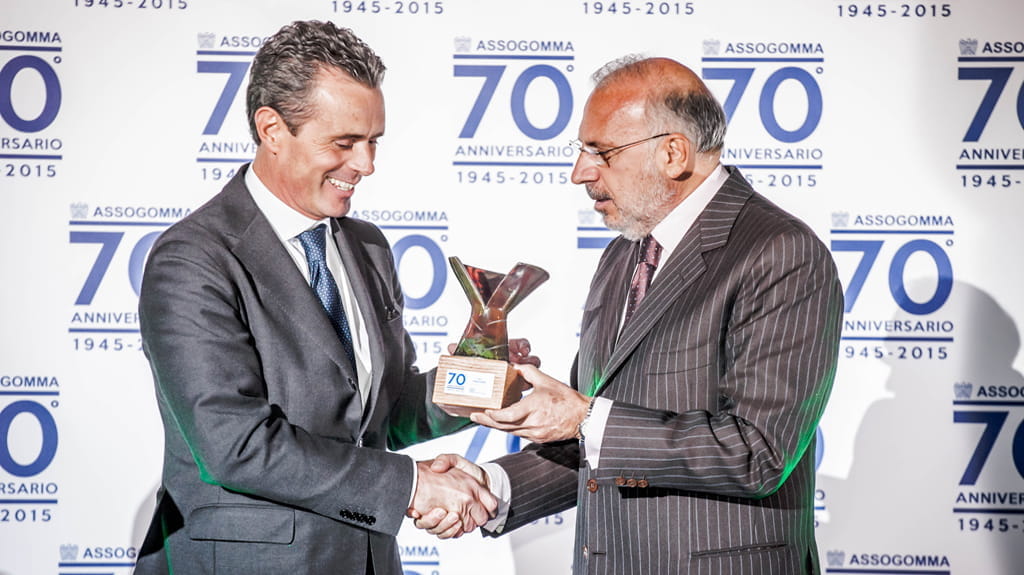 The Trelleborg Coated Systems facility in Lodi Vecchio, Italy, has received a sustainability award at the 70th anniversary celebratory event for Assogomma, the association which represents Italian rubber goods-producing companies, on Sunday 22 November 2015 at the Mercedes-Benz Center in Milan.

Trelleborg has been rewarded for its commitment to improved sustainability in the workplace, as demonstrated by its WHP (Workplace Health Promotion) project. The goal of the project is to improve employee conditions in the workplace (and elsewhere), producing both social and business benefits. The basic elements are the promotion of proper nutrition and a campaign against smoking tobacco. In 2014, the company received recognition from the Lombardy Region for the WHP project.

Commission members Pietro Pistolese, Director at the Health Ministry and REACH, Mauro Velardocchia, Professor of Vehicle Mechanics and board member of the Politecnico di Torino and Dario Pennìca, Editor of Sicilia Motori and co-organiser of the "No Smog Mobility" event, declared Trelleborg the winner and Dario Pennìca presented the award to Dario Porta, Trelleborg Coated Systems Business Area President.

Porta says: "In 2014 we took up the challenge. We focused on the promotion of issues concerning proper nutrition and opposition to tobacco smoke, developing communication materials with which to inform all of the production department employees, clerical staff and Group directors.

"Qualification for WHP certification involves numerous stages and, during a journey that meant a 12 month commitment from the working group, we have gone on from the informative stage to raising awareness. In particular, regarding the smoking issue, all employees took part both in a voluntary questionnaire and the Fagerstrom and Marino test, with the aim of creating awareness of the effects of smoking on health.

"And then we invited Trelleborg staff members – smokers, ex-smokers and non-smokers – to participate in a tobacco smoke awareness meeting, led by an expert from the Lodi Vecchio Health Authority,” concluded Porta.