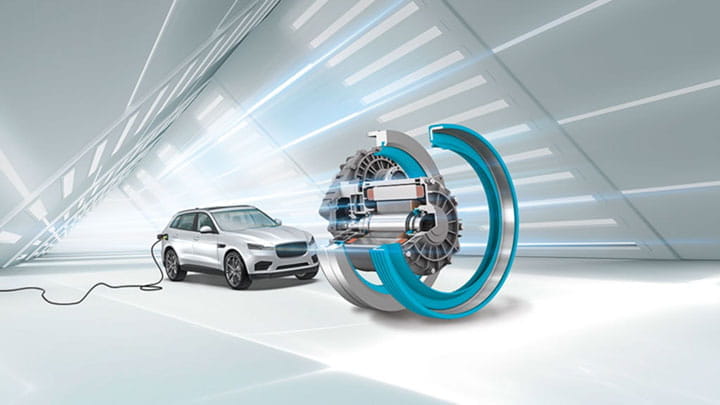 Trelleborg Sealing Solutions launches the HiSpin® PDR RT and HiSpin® HS40, two seals specifically developed for e-Mobility applications. Engineered to operate at high velocity, they make a significant step in overcoming issues related to sealing at high rotary speeds that limit electric cars being able to meet the ultimate goal of travelling the same distance as a gasoline vehicle on one charge.

The quest for an electric car that will be adopted in volume has intensified as manufacturers seek to lower CO2 emissions and retain vehicle access in some of the world’s most-populous cities. According to a report by the International Energy Agency (IEA)*, there were 3.1 million electric vehicles on the roads globally in 2017. However, this is expected to grow exponentially to at least 125 million and potentially 220 million, by 2030.

This though depends on the existence of a viable technology that allows travel from one charge that is equivalent to tank of gasoline, giving car drivers the independence they are used to from traditionally fuelled vehicles. These two new seals represent a significant step in making this possible.

Jan Zumbach, the head of business development for e-Mobility at Trelleborg Sealing Solutions, says that overcoming ‘range anxiety’ is critical to mass adoption of electric vehicles. “With gasoline or diesel vehicles people know they will get where they want to get to. The infrastructure is there and filling up the tank is never an issue.

“When people drive an electric vehicle they worry if they will have enough charge to arrive at their chosen destination, and a lack of charging points and the time taken to charge a battery, make them nervous. The solution to this is to install a charging infrastructure and increase battery capacity to extend the distance that can be travelled on one charge.

“A limiting factor in achieving this is the seal in the e-axle. The new HiSpin® PDR RT and HiSpin® HS40 will contribute to extending the travelling distance of electric cars, helping make the mass adoption of these vehicles a reality, rather than a dream.”

A major technology in electric vehicles is the e-axle, a combined electric motor and gearbox that fits within the traditional engine space. The motor and gearbox are directly coupled but while the gearbox requires efficient lubrication, it is essential that the motor remains dry and so a highly reliable seal is required between these two components.

Paul Taylor, Product Line Director at Trelleborg Sealing Solutions, says: “As electric motors run most efficiently at high speeds, the seal requirements are very different from those for a transmission input on a combustion-engine vehicle. Gasoline engines normally run at 2,000 to 4,000 Revolutions Per Minute (RPM) but the electrically driven transmission runs up to eight times faster typically at 16,000 RPM and in the future this is likely to increase significantly.

“Our aim for the new e-Mobility seals was therefore to increase operating rotational speed to at least 40 meters per second. We achieved this for HiSpin® HS40 and an outstanding 60 meters per second with HiSpin® PDR RT.”

Another issue that had to be overcome is the lack of lubrication in the system. In the gearbox side of the electric drive system, lubrication can be very limited; there is usually just a mist of lubricant. When there is little or no lubrication, sealing is more challenging. In these conditions rotating seals will be subject to high frictional forces and stick-slip after periods of rest, potentially causing wear and shortening the life of a seal, as well as power loss, lowering the travelling range of the vehicle.

Diversity of lubricants in the electric drive system is also a difficulty and not all sealing materials are compatible with or operate effectively in the media involved. In addition, the trends in lubricants used could bring up unknown challenges when water-based, dielectric and lower viscosity media come into play.

To ensure that the needs of electric car manufacturers could be met quickly, Trelleborg Sealing Solutions put together a rapid response team to develop the new e-Mobility seals.

Colin Macqueen, who headed up the seal development program, says: “Traditionally product development can be a slow process. But when supporting manufacturers to make electric vehicles travel further became a priority, an agile team of experts were asked to come up with a solution rapidly that could stand up to the high rotational speeds involved in e-Mobility applications, as well as lack of and variations in lubrication. Development took just eight months from convening of the project team to initial availability of the seals to customers.”

The result of the rapid development program was two solutions that are being launched together as HiSpin® PDR RT and HiSpin® HS40. They both have the same function but dependent on the operating parameters of the electric drive system and the customers’ preferences, one is likely to suit a system better than the other.

Matthias Keck, Director Technology ＆ Innovation at Trelleborg Sealing Solutions in Germany, says: “Testing was extremely positive. There was zero leakage for both seals despite the very demanding sealing conditions and HiSpin® PDR RT recorded a 75% reduction in friction versus a standard PDR seal and proved to be capable of operating at 60 meters per second.”

HiSpin® PDR RT is constructed from two parts: a precision manufactured metal body and a mechanically retained Turcon® polytetrafluoroethylene (PTFE) sealing element. It has a custom designed lip with additional features that improve performance and behavior of lip laydown profile on shaft, crimped into a precision-machined body.

Capable of speeds of 60 meters per second and beyond, it has both high and low temperature capability. Able to handle pressure, it is universally compatible with chemicals and its low friction coefficient means it is capable of dry running. Prototypes are offered through a recently launched Rapid Prototype Service introduced to support customers. A conductive PTFE based grade is available.

HiSpin® HS40 is of a familiar product type to automotive customers. With a unique bi-directional hydrodynamic lip feature it has negligible frictional torque at high speeds. As a result of extensive FEA studies, its rubber lip geometry and flexible design give optimum lip contact on the shaft, ensuring optimum static and dynamic sealing performance.

The seal is manufactured using proven proprietary XLT Fluoroelastomer (FKM) compounds to meet higher speeds and a wider operating temperature range. Compatible with increasingly aggressive synthetic Automatic Transmission Fluids (ATF), it is produced using proven conventional high volume manufacturing processes. Capable of speeds up to 40 meters per second, the HiSpin® HS40 has the ability to handle run out and is easy to install.